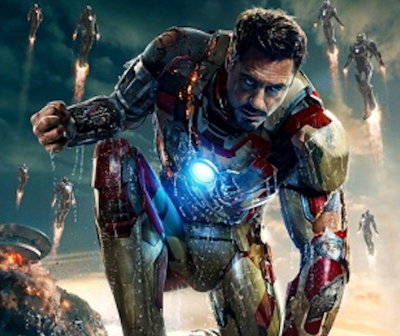 We Desperately Need Some Real Superheroes Down in Washington 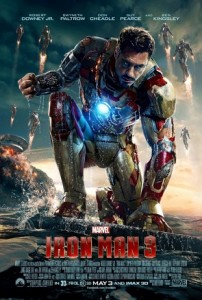 For those of you who don’t follow the goings-on of the Marvel universe, this Friday marks the opening of the much-anticipated blockbuster Iron Man 3. I’ve seen the trailers, Save Jerseyans, and I have grudgingly read the critiques, most recently in this morning’s Star Ledger.

Allow me to provide you with a bit of background here, in the event you are not a fellow comic book enthusiast. Meet Tony Stark (played by Robert Downey Jr.) – inventor, industrial tycoon, bionic man and snarky (putting it very mildly) superhero all rolled up into one delicious package (my own personal take). After experiencing some recent traumatic turns, he decides to vacate the famed red and gold suit and operate it remotely, preserving himself and his sanity, so it would seem. In short, he becomes a shell of his former self. Or, at least that’s what the reviewer thinks.

Is it about self-preservation? Is it about shying away from the dangers that the suit represents? Is it all about selfishness and self-absorption?

At this point, I am not quite certain. But what I do know is that citizens are putting their trust in Tony Stark to defeat his villainous arch-enemy, the Mandarin, and whatever personal demons he is chasing need to take a backseat to his higher calling as a protectionist.

Consider the dealings of our elected officials in Washington. Now, they’re not exactly in the throws of hand-to-hand combat with a grandmaster martial artist who also serves as CEO of a corporation specializing in biochemical weaponry and the head of an international terror organization, but still….

…they have a duty to the people who elected them. And as representatives of “we the people,” they need to put their own personal interests aside, forget their re-election pitches, support the Constitution and protect our interests.

But is that what they have really been doing? It seems like every time I read something about Congress, it is predicated by the fact that another recess is about to begin. So Congress vacates Washington, leaving behind little progress and plenty to tackle in their next session.

Unfortunately, it seems that they never quite get to the finish line with any of their initiatives. The fiscal cliff, the sequester, tax reform – all of the issues requiring hard decisions seem to be swept under the rug or hastily compiled for a vote at the eleventh hour because they are unpopular, controversial, career-damning – you can pick from a multitude of reasons why they are not getting the job done.

This situation was reinforced by yet another sound byte I picked up from an article about the ethnicity of popular voters in the 2012 election and the rationale behind their decision-making at the polls. Someone interviewed for the article said that in making her evaluation, she needed to cast a vote for the candidate with whom she entrusted her future. That’s a powerful statement, Save Jerseyans, and it is a responsibility that should never be taken lightly.

Can we put our full trust in the government? Do they deserve it?

According to the movie reviews, Tony Stark is a casing of his former self, and no longer the superhero he once was, as evidenced by the empty suit. When state and federal officials take the oath of office, do they suffer the same ills? Do they lose the determination and the desire to encourage the growth and prosperity of our great nation? Do they put their own interests in the way of ours? In the movies, Tony Stark can conquer his issues, get his head screwed on straight, become Iron Man again and save the world.

Unfortunately, we have no such script to direct our government’s actions.

38 thoughts on “An Iron Man for Tough Times”