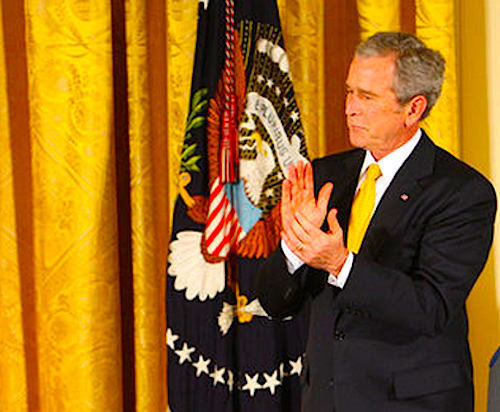 Among the notable attendees will be none other than Chris Christie; he’ll leave the state on Wednesday afternoon and leave Acting Governor Kim Guadagno in charge of state government. She’ll attend an event hosted by NJ 101.5’s Big Joe Henry at McLoone’s Supper Club in Asbury Park (her brother-in-law Pat’s house band is a featured act).

There’s a healthy connection between Christie and Bush besides positive polling trends. The Governor was a Bush “pioneer” fundraiser in 2000 and, later, the 43rd President appointed Christie to serve as New Jersey’s U.S. attorney in 2001. The rest is history, Save Jerseyans…