Save Marriage By Ending It 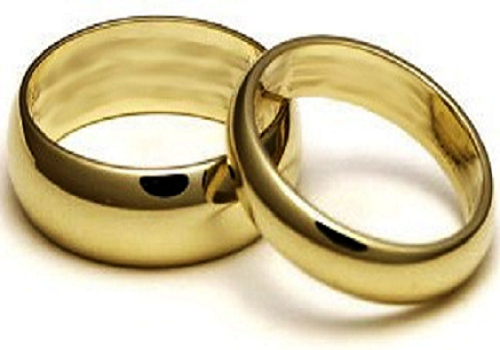 Achieving “Marriage Equality” for All Americans is Pretty Darn Easy if Politicians, Interest Groups Would Get Out of the Way

Chalk it up as another domestic policy issue where I think Rand Paul makes a lot of sense, Save Jerseyans. Foreign policy is a different story.

But as we continue to consider America’s marriage conundrum pending a summertime ruling from the U.S. Supreme Court, Senator Paul may’ve hit the nail on the head during a late March interview with Slate.com ahead of SCOTUS’s oral arguments; here’s the relevant portion:

…I believe in the historical definition of marriage. That being said, I think contracts between adults—I’m not for limiting contracts between adults. In fact, if there are ways to make the tax code more neutral where it doesn’t mention the word marriage, then we don’t have to redefine what marriage is. We just don’t have marriage in the tax code. If health benefits are a problem, why don’t we not define them by marriage? Why don’t we say, you have another adult who lives in the house, and a kid who lives in the house can be part of family coverage? Then you don’t have to redefine, and have people like myself, and people who live in the southeastern part of the country, we don’t have to change our definition of what we think marriage is, but we allow contracts to occur so there is more ability to [make] the law neutral.”

Don’t just react; think about it for a moment.

For most of human history, “marriage” was strictly a property contract with a religious twist.  Women were property during this period, and the exchange of land/title/dowries for the bride was standard procedure. Then, in mid-19th century, American common-law marriages started to decline as states transitioned to marriage licenses. These licenses were issued primarily for some “good” public policy reasons (preventing polygamy) but also a few very objectively awful reasons (preventing interracial marriages in certain regions of the country).

The relevant question: though we’re obviously better off now that women aren’t property, has marriage itself been any healthier for having transformed from a contractual relationship to one regulate by way of a license? Not according to all available indicators…

With a few brief and relatively modest exceptions, the U.S. divorce rate has steadily ticked up since the mid-19th century. Rates usually slow during economic downturns like the Great Depression or our current “Great Recession” because, frankly, folks who are unhappy in their marriages are worried about supporting themselves during those financially difficult times. The pattern nevertheless remains the same. Even the downturn in divorce rates that we’ve observed since the 1990s is more readily explainable by an arguably more alarming trend… less people are getting married to begin with.

My point? Government over-regulation of marriage’s traditional definition — between an adult man and an adult woman — hasn’t succeeded in either (1) the proliferation of more traditional marriages or (2) keeping more traditional marriages together. That’s an inarguable reality regardless of what you personally identify as the causation behind this trend. The proof is in the pudding. Otherwise ABC’s Modern Family wouldn’t be so successful; it is precisely because it’s so relatable for modern American viewers.

Now, does this somewhat obvious observation lead me to support the cause of “marriage equality” as an alternative? Not as many activists envision it, Save Jerseyans. Because government activity in the social sphere rarely ensures anything other than inequality. Name a problem for me that Trenton or Washington, D.C. ameliorated by stepping in! Many well-meaning gay marriage advocates are trying to cure a symptom of government overreach by compounding the disease itself… a classic statist/liberal error.

Let’s hone in on some of the public policy complications of intervention. Here’s an example: besides not working very well as discussed above, if government-regulated marriage transforms into simply a matter of (1) adults and (2) consent or sometimes (3) “love” (good luck watching Trenton define that one, folks), interpreting equal protection broadly, I don’t see how you can prohibit consenting adults from forming all sorts of unions which both sides of the current marriage debate wouldn’t condone.

Look at it from both angles. Those supportive of gay marriage bans typically define marriage as one man, one woman, united for the purposes of procreation. But what about spouses who can’t procreate for medical reasons? Or late in life couples who are biologically past the point of no return? Should we outlaw their unions, too? Family qua family is a lot more expansive than that. The converse problems are also clear; if marriage is simply a matter of love and consent defined by the government, then why couldn’t three friends or two sisters “marry” for the tax advantages and medical insurance benefits? And don’t tell me it’s because statistics bear out that those unions are inherently harmful or against public policy. If we start using THAT subjective standard as our guidepost, then we should consider banning alcoholics, individuals with criminal records and those pre-tested positive for genetic defects from the marriage franchise as well.

Do you see what I’m driving at here, Save Jerseyans? There’s no good way for the government to comprehensively regulate marriage via licenses in 2013. And why should government be the arbiter to begin with? Gay marriages aren’t a threat to traditional marriage. Big government, as per usual, is the real villain worthy of your concern.

Again, those who argue against ending civil marriage make good points but they’re ultimately not persuasive points in the civic context. Another example: they cite the potential for “gender inequality” and an unpredictable range of private agreements that don’t necessarily conform to societal mores. My response is crude but obvious: “um… that’s not happening now?” Modern Americans are informally rejecting civil marriage by simply refusing to enter into traditional marriages or, alternatively, by treating their unions with less seriousness than prior generations. Our tax code actually penalizes folks who do decide to marry and … gasp… earn real money while married!

So how is simply expanding the franchise to a new group going to stop that bleeding? Or put another way, how will replacing a licence with a regulated contractual framework or generalized, expanded civil union for all decrease the stability of an institution that’s already on the ropes?

We hear many of the same arguments used against private schools and they’re just not credible in either context. No one is saying marriage contracts could include ANYTHING, just like no one is saying a privatized school system would operate in a void free from all oversight. No contract can, and no publicly-subsidized school system should. Traditional contract law already prohibits a myriad of different arrangements that aren’t enforceable for one reason or another. Servitude — involuntary or not — immediately comes to mind as do the prohibitions against contracting with a minor. I’m sure legislatures would also jump into the mix with some common sense (and a few goofy) statutes that will supplement the new “marriage contract” body of law and produce a similar framework to the current prevailing marriage paradigm.

And think about this added bonus of abandoning licensing in the marriage context… having young couples, straight and same sex alike, sit down before tying the knot to consider issues related to their future children, finances, medical events and property distribution might encourage more mature premarital choices! Something everyone should be able to rally around on every side of the ideological divide.

Given the undeniable logic at work here, why the lingering reluctance to abandon licenses? Taking it out of the tax code? Permitting two adults to contract and fashion their own life together without undue interference from central planners? For starters, radical changes are always met with caution. That’s normal. And it would be wrong to suggest that transitioning away from civil marriage would be easy. It won’t be in some instances. But the single biggest reason is strictly political. More frustratingly fruitless red camp vs. blue camp stuff, Save Jerseyans.

Some Republican politicians don’t want to upset certain elements of the GOP base by suggesting that traditional marriage, however important for society, can’t be salvaged by over-regulating it (a point which should be relatively obvious to free market conservatives). Likewise, Democrat politicians thrive on handing out “special rights” to the various and often disparate groups that make up its electoral coalition. It’s a lot easier to say, “Hey, Gay Americans, don’t you want what they have? We’re with you! Down with the hatemongers!” than to tackle the real challenges and consequences associated with further inappropriate, counterproductive government intervention in the family realm.

For that last reason and that reason alone, Save Jerseyans, I don’t expect the Rand Paul position on this issue — ending civil marriage as we’ve come know it — to come to fruition in the near future. The path of least resistance is for red states to continue to ban gay marriage, blue states to adopt it with open arms, and eventually have the U.S. Supreme Court (either this July or 10 years from now) step in and declare same sex marriage a fundamental constitutional right.

I guess you could say this post is aspirational. I wanted to point out to our readers who haven’t thought about it before that there’s a better way on the road to equality that respects the lives, liberties and pursuits of happiness for every American. And surprise surprise! It means a reduced role for government. These ideas are not original to me, but they’re certainly under-circulated in the current political discourse. I don’t think most Americans even know it’s an option!

Then again, it’s only natural that our politicians would go out of their way to shun logic, take the easy way out and, in the process, leave American marriage in no better condition than they found it. It’s what they do best, and it’s rarely in the country’s best interest or, for that matter, the interest of the family institution.

6 thoughts on “Save Marriage By Ending It”