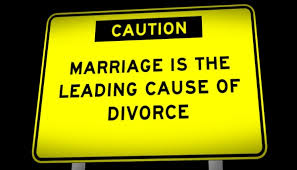 In the wake of everybody’s nomination for the 52-card-pickup Supreme Court decision of the year (the decade, century, millennium?), Obergefell v. Hodges, Kentucky Sen. Rand Paul, who is in the hunt along with most of the rest of the Western World for the Republican presidential nomination, once again argues in favor of getting government out of the marriage biz in order to sidestep possible government intrusion into the religious side of marriage.

According to the senator:

The 14th Amendment does not command the government endorsement that is conveyed by the word “marriage.” State legislatures are entitled to express their preference for traditional marriage, so long as the equal rights of same-sex couples are protected.” 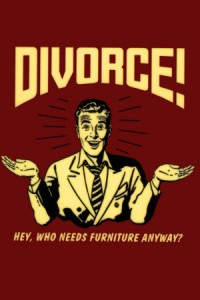 In other words, if a state goes silent on the issue of marriage – gay, straight, polyamorous, whatever – then all our problems will be solved, and we’ll all see the beauty of doctrinaire libertarianism, where life is a trip to Outback Steakhouse because, “No rules – just right.” G’day!

Sen. Paul proffers the idea of marriage as a contract where two adults can mutually agree on terms and conditions without governmental control, regulation, taxation or influence. Something akin to what you signed when you bought your last car.

That’s nice in the abstract – in an ideal world where true love reigns, marriages last for all time and eternity and everyone lives happily ever after – but we don’t live in the abstract. We live in a messy, post-modern here and now, a reality he ignores.

You want to know a modern reality of marriage? Watch this scene from Wedding Crashers, which, while fiction, contains more biting truth about the dark side of marriage in a little over three minutes than anything Rand Paul and his dewy-eyed libertarian apparatchiks will ever explain with their pure philosophy and zero practicality (WARNING: Strong language):

Up to half of all marriages, no matter where or with whom they’re solemnized, end up going bust. It’s well and good to talk about the front end of the equation where it’s sunshine and roses, hearts and flowers, bouquet tossing and bachelor parties, but when the bloom has faded, the hangover sets in and it comes time to bury the bodies, what then? Who gets those frequent flier miles?

The numbers: There are almost 60 MILLION married couples in the United States. In 2012, over 2.1 MILLION marriages took place (6.8 marriages per 1,000 in population out of 314 MILLION people). Anywhere from 40 to 50 percent of all marriages in the U.S. end in divorce (the numbers vary), with some demographic groups experiencing higher rates of divorce, while others lower. Overall, the divorce rate has 3.6 marriages per 1,000 in population ending up in the dumper.

Less than half – 46 percent – of kids under 18 years-old live in traditional two-heterosexual-parent households. Fifteen percent of kids live in households featuring second (or third or fourth)-marriage spouses and 34 percent of them live in single-parent homes. Too often, and most tragically, kids end up being the real victims in divorce with none of the resulting news – lower results in school, psychological problems, physical and health problems, higher probability of abuse – any good.

And then there are the dollars – always, the dollars. When, not if, you go through one, expect to take a big hit financially. One survey had 58 percent of those who responded saying that a divorce wiped them out. Only lawyers profit from divorce.

I don’t want to hear how same-sex couples are less likely to get divorced than straight couples because the “studies” claiming that are bupkis due to the relative novelty of it and the need to calculate more accurate numbers over time. Trust me: soon enough married gay couples, just like their straight counterparts, will be throwing pieces of the good china at each other and pissing and moaning over who gets the frequent flier miles – it’s the times in which we live.

So, if the government gets out of the marriage business on the front end,  who will officiate over the dissolution of one on the back end, which is where the problems lie – who will divide the property and set the alimony or maintenance, child support and child custody issues – who will keep these two, straight or gay, from killing each other? 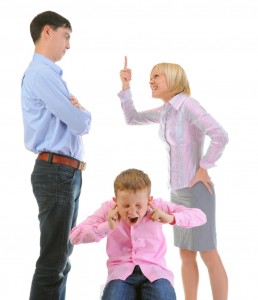 Sen. Paul suggests individual contracts to set the terms and conditions, but there are almost 60 MILLION married couples in the United States, and each year over 2.1 MILLION couples tie the knot. Contracts are nice and tidy until they’re not and need to be enforced in their breach. That’s when the real blood will be shed.

Who will negotiate and reduce them to writing — a couple of 20-year-olds toggling down the aisle with lust on their minds and in their loins? And what will those contracts cover — with the state out of the business of defining spousal rights and privileges, child custody and support, community property (in those states on that system) and the like, will it be anything goes?

New Jersey recently reformed its alimony laws providing, among other things, for an end to permanent alimony, a way to reduce payments when a paying ex-spouse is out of work and closing several “shack up” loopholes that saw exes slinking about to cavort with new paramours in hidden hideaways in order to avoid rules calling for termination of payments upon cohabitation.

Now, we have 50 different jurisdictions with 50 different sets of laws. Can you imagine 60 MILLION different standards of contractually created domestic relations law envisioning anything like New Jersey’s new rules, with 2.1 MILLION new ones added each year? Even if they did, nothing throws beaucoups buckets of cold water on a relationship more than a nit-picky prenup that specifically precludes a post-divorce romantic life, which is essentially what a self-fulfilling dissolution-prophecy marital contract would do and be.

“Before we tie the knot, dear, let’s talk about how it’s going to go down when we can no longer stand the sight of each other and want out – and don’t even think about canoodling with the pool boy!” Always a mood enhancer, don’t you think?

Since many (most?) divorces are acrimonious — been there, done that — it’s silly to suggest voluntary dissolution where everybody parts as friends as they go their merry and separate ways. If anything, think more a dramatic increase in the murder rate.

The only ones salivating at the prospect of a contract-based marriage scheme are domestic relations attorneys who will negotiate the contracts and then oversee their dissolution. I can see them now shopping for new Cadillacs: “Luxury options? Hell yeah, luxury options because I’ve got clients from here to eternity, so gold plate that exhaust manifold.’

I say look at how they do marriage in France. There, no marriage is valid unless it is performed first before a  civil authority such as a mayor.  Of course, it will have all the intimacy of a real estate closing, but it does take care of the non-religious, purely secular  and business part of the equation. Then, if a couple wants a religious or other ceremony on the same day or shortly thereafter, they can have it… or not. If the parish priest or the Baptist pastor or the Orthodox Rabbi or the Imam wants to refuse to marry a same-sex couple for religious reasons, he doesn’t have to nor can he be forced to since the religious ceremony has no legal standing.  And a stick-in-your eye same-sex couple looking to cause trouble for members of the reverend clergy just like they did for the poor woman who, for religious reasons, wouldn’t bake them a cake, won’t have a legal leg upon which to stand since religious wedding ceremonies have no legal standing.

Everyone gets what they need and want. The state gets its statistic, the couple gets married both in the sight of God and man without state interference and everybody goes home happy. Then, when the inevitable break up comes, there will be an intact process to provide an orderly and at least semi-reasonable outcome. And lawyers will still get rich beyond the dreams of avarice.

5 thoughts on “Are you sure you want government out of the marriage biz?”