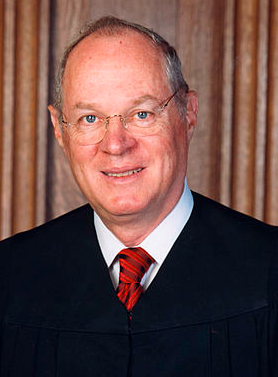 When you’re in a monstrous tornado, Save Jerseyans, it’s hard to maintain perspective on what it will or won’t do, so it’s best to wait until the storm has passed to assess the real damage, or lack thereof. That’s where I am with the Supreme Court’s same-sex-marriage decision in Obergefell v. Hodges, which is as hard to understand as it is to spell the name of the plaintiff.

But by the same token, the result is as expected as rain in November and neither the net outcome – those two you know can now get hitched no matter what the bishop or Mike Huckabee say – nor Justice Anthony Kennedy’s convoluted reasoning should come as a shock to anyone since the Court has specialized in convoluted reasoning for over 50 years (more on this in a bit).

I’m interested as much in the process by which an outcome is reached as I am the outcome itself. I can live – begrudgingly, perhaps, but whattayagonnado? – with a policy I don’t like so long as the way in which it was arrived at was according to rules that are precise, well-defined, clearly understood and agreed to by all. When that happens – when something like, say, the U.S Constitution is followed – at least I know that the way back is to use the same process to achieve, for me, a more favorable outcome.

Same-sex or gay marriage has been on a fast track to legalization in the U.S. for years, and every measure of public sentiment – polling data, election results, cultural portrayals – evidence rapidly growing support for it.

It’s when the process used to get there is made up as you go along – that’s when it becomes confusing, and that’s where we are now. And despite the exhortations of some contending that the Court stopped being a court and morphed into a legislature, this isn’t the first time it has happened, and it won’t likely be the last.

Fifty years ago, in the landmark decision of Griswold v. Connecticut, the Earl Warren Supreme Court went legislative to void a state law outlawing the use of contraceptives even for married couples and criminalizing advocating their use.

Think on that for a moment: who reading this today believes a state should enact, has the right to or would ever enact such laws, which is beside the legal point but illustrative of the larger policy question?

The Griswold Court in declaring itself not to be “a super-legislature” went ahead and super-legislated by discovering an entire body of constitutional jurisprudence in support of the “intimate relation of husband and wife and their physician’s role in one aspect of that relation.” And it found it not in the specific text of the Constitution since that document is silent on the subject of marriage, but quite literally in its shadow and glow, or, as Justice William O. Douglas wrote, in the “specific guarantees in the Bill of Rights (that) have penumbras, formed by emanations from those guarantees that help give them life and substance.”

Compare that to Justice Kennedy’s verbiage in Obergefell where he cited Griswold with avid approval in support of the proposition that, “The nature of marriage is that, through its enduring bond, two persons together can find other freedoms, such as expression, intimacy, and spirituality.”

I had to double check to see if I was reading a Supreme Court opinion or something by Dr. Phil. Cue the weepy music.

“Same-sex couples have the same right as opposite-sex couples to enjoy intimate association.” It seems that the Constitution has become as much a how-to guide on what it takes to have a good marriage as it is the supreme law of the land.

I could go on and on, but I won’t. Suffice to say, if I didn’t know better, I’d say that Justice Kennedy’s first draft of the opinion was written on Valentine’s Day.

Of course, in both Griswold and Obergefell, the dissents were blistering in condemning each majority for usurping legislative authority. Justice Hugo Black, in Griswold, wrote that just because you find a law offensive or silly is no reason to find it unconstitutional on that basis alone. While he agreed fully with the majority that a ban on birth control for adults was appalling, he parted company with “their conclusion that the evil qualities they see in the law make it unconstitutional.”

In Obergefell, Chief Justice John Roberts, he of unclean judicial-legislation hands, remarked that, while same-sex marriage as a policy had great public appeal, “This Court is not a legislature” (physician, heal thyself).

“Whether same-sex marriage is a good idea should be of no concern to us,” he wrote. “Under the Constitution, judges have power to say what the law is, not what it should be.”

In an aside, the chief justice pondered how the “reasoning” used by the majority to figment an imaginary and hitherto undisclosed right could just as easily be used by advocates of plural marriage. Hello Big Love, you’re next in the box.

Then he writes that decisions such as whether to legalize same-sex marriages should be left to the political process: “By deciding this question under the Constitution, the Court removes it from the realm of democratic decision.”

Justice Antonin Scalia’s dissent went even further, which is to be expected and is always entertaining and appreciated, writing:

So it is not of special importance to me what the law says about marriage. It is of overwhelming importance, however, who it is that rules me. Today’s decree says that my Ruler, and the Ruler of 320 million Americans coast-to-coast, is a majority of the nine lawyers on the Supreme Court.”

Calling what the majority did “a naked judicial claim to legislative—indeed, super-legislative—power” and “a judicial Putsch,” he characterized the substitution of nine elitist judges with patrician legal and social backgrounds to be unrepresentative of the American people – “no social transformation without representation” – and a “threat to American democracy.”

See what I mean about the process by which an outcome is reached?

Nobody in either case had a real beef with the policy goal, just the manner by which it was reached. Sure, some Obergefell dissenters probably would have voted against it in a voting booth, but had a decision in favor of same-sex marriage been arrived at that way, they would have supported the right of the people to make the decision no matter what decision they made.

In Obergefell, just like in Griswold, the Supreme Court went rogue, and now we’re stuck with it for good or for ill.

We expect Congress and the president to go berserk and get it wrong, but never the courts? In Obergefell and 50 years earlier in Griswold they did. They’ll do it again, too, so be on the lookout. After all, judges are just as naked under their robes as everyone else, and because they, too, are government employees, you’ll never go broke betting on their ability to muck things up with long term consequences that we have to suffer and pay for.

There’s going to be a lot of pushing and shoving as a result. Some people will get trampled in the ensuing melee, but our national history is filled with incidents of people getting trampled, even in the Washington administration (read about the Whiskey Rebellion here). That should teach us that (1) the trampling you believe you’re getting isn’t unique, and (2) you’re not the first victim under the sun, so less “pity me” and more “suck it up, Pilgrim” and get ready for the next round.

More later because Sen. Rand Paul is so wrong about divorce…