3 things to watch in the post-Obergefell environment

I keep getting “what’s next” questions from the Save Jersey faithful after last week’s legal tsunami. Emails, Facebook messages, and things of the like.

Let’s open this discussion up to the whole class. Here’s my initial offering:

Well, that didn’t take long. One of the mainstream media’s leading secular high priests is already calling for an end to tax exemptions for religious institutions. To be specific, “a reexamination of conservative churches’ tax exemptions” (Side note: he also conflates tax exemption and subsidies which is obnoxious but that’s a battle for another post).

The IRS is their preferred weapon in the oxymoronic war for tolerance! Ask a tea party group’s treasurer.

Justice Anthony Kennedy, writing for the majority in Obergefell v. Hodges, tried to anticipate the problem in his shockingly light-on-law landmark opinion. “The First Amendment ensures that religions, those who adhere to religious doctrines and others have protection as they seek to teach the principles that are so fulfilling and so central to their lives and faiths,” Kennedy explained. “It must be emphasized that religions, and those who adhere to religious doctrines, may continue to advocate with utmost, sincere conviction that, by divine precepts, same-sex marriage should not be condoned.”

Thanks for nothing… what about the “Free Exercise Clause,” Mr. Justice? “Congress shall make no law respecting an establishment of religion, or prohibiting the free exercise thereof” wasn’t brought into the mix. Amazingly.

Kennedy’s omission was glaring and frightening in equal measure. “There is little doubt that these and similar questions will soon be before this Court,” Roberts countered in his dissent. “Unfortunately, people of faith can take no comfort in the treatment they receive from the majority today.”

It’s a multi-tiered crisis that Roberts sees on the horizon. In my mind, Save Jerseyans, there’s little doubt that a business of public accommodation (e.g. a hotel, or restaurant) cannot refuse to serve a gay couple pursuant to the body of 14th Amendment case law. Gay adoptions are also now all-but guaranteed to be universally protected (as a family attorney, I’m very interested to see if we nevertheless get a High Court ruling out of this).

One open question is whether an individual/business owner can refuse a service if it’s violative of his or her genuine religious beliefs? The “gay wedding cake” scenario is already being litigated.

Next, what about the tax except status of a religious institution, including churches and hospitals, that doesn’t want to perform gay marriages or decides to openly opposes them? Or, as is always becoming an issue in Texas and North Carolina, governmental functionaries object to participating on the basis of personal religious beliefs? I am positive (and the dissenters are, too) that activists are already plotting to target churches and, when turned away after requesting to be married there, a slew of lawsuits will follow.

This particular exchange between Justice Alito and Solicitor General Donald B. Verrilli Jr. during the Obergefell oral argument is ominous:

Justice Alito: Well, in the Bob Jones case, the Court held that a college was not entitled to tax-exempt status if it opposed interracial marriage or interracial dating. So would the same apply to a 10 university or a college if it opposed same­-sex marriage?

Get ready. Thomas Jefferson fought like hell to break the Anglican death grip in Virginia; ironically, just about 2 and 1/2 centuries later, the Democrat Party coalition is poised to impose a set of secular moral principles on thousands of American houses of worship.

(2) A lot of objectively (I thought?) creepy, dangerous crap will soon get a day in court. And might succeed.

The battle cry of gay rights activists? #LoveIsLove. It’s a great slogan but, as Justice Antonin Scalia colorfully observed, “[t]he world does not expect logic and precision in poetry or inspirational pop philosophy; it demands them in the law. The stuff contained in today’s opinion has to diminish this Court’s reputation for clear thinking and sober analysis.”

I already lectured you why how gay marriage happened last week is the real problem here, Save Jerseyans; not gay marriage itself. Read my post linked above or Scalia’s dissent if you want more meat on the bones stuff.

When New Jersey was still debating gay marriage a few years ago, I also warned you that this “love” business is as scary as it frustratingly devoid of logic. Why? Use your brain: if marriage is simply a matter of (1) consenting adults (2) loving one another, and equal protection (in the Constitutional context) attaches to any combination of (1) and (2), then wow, Pandora isn’t just out of the box; she’s blown it up.

How about polygamy? Justice Roberts notes in his dissent that “[i]t is striking how much of the majority’s reasoning would apply with equal force to the claim of a fundamental right to plural marriage.” As with ending tax exempt status for religious institutions referenced above, the leftist media/academic complex is already advocating for legalized polygamy.

Or even poly-amorous/bigamist arrangements? Even consensual incest, between a parent and a child? The latter case recently came up in New Jersey where, by the way, it isn’t illegal.

The first response to this totally valid and real concern is always the tired, reactionary “you’re a bigot for putting gay marriage and polygamy in the same box” attack. My counter? I’m not; you just did! Had we simply ended marriage licensing as I proposed back in 2013 and some Alabama officials are currently attempting, everyone could’ve won. Rand Paul got this one mostly right.

Now? With Kennedy’s decision in place as written, I don’t know how you can tell three adult men, or two women and a man, whatever, pick a hypothetical combo, that they cannot get married and do the Big Love thing in any of the 50 states with the full protection of both the due process and equal protection clauses of the 14th Amendment.

Takers? Seriously: I’ve asked liberal friends, with and without legal backgrounds, and no one has an answer for me. The closest thing I’ve found? A strictly policy-based argument that relies on subjective data concerning disproportionate levels of coercion and abuse present in polygamous relationships. But if that’s the ONLY distinguishing variable here, then why don’t we refuse marriage licenses to alcoholics? Or anyone with a domestic violence conviction?

We have a mess on our hands in the wake of Obergefell, Save Jerseyans, one that won’t be easy to clean up, and all because the primary combatants in the gay marriage battle – radical libs in one camp and social conservatives on the other – were equally unwilling to get out of marriage since they were equally determined to force their respective worldviews on everyone else. It’s sad but it was predictable.

(3) Democrats will lose a major fundraising/turnout-boosting issue… but Republican candidates might hand the advantage right back. Very typical. 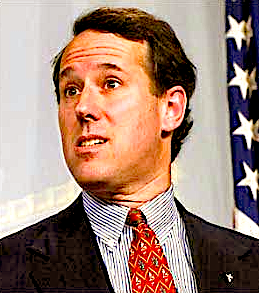 The political component? In theory, Obergefell should hurt the Democrats’ electoral prospects at least in the short run. Both sides are trying to raise money off of the ruling but a Democrat Party that ran in 2012 (successfully) and 2014 (unsuccessfully) almost exclusively on social issues – the “war on women,” contraception, abortion, gay marriage, etc. – just lost a HUGE talking point come GOTV time. It’s also possible we’ll see an uptick of some sort among churches in battleground states come election time, a grassroots undercurrent that would theoretically benefit the GOP at the polls.

Theoretically. Republicans are doing their best to squander the situation (it’s what we do best).

Incredibly (not surprisingly), each of the 20+ 2016 prospective nominees issued wildly-disparate statements after Friday’s big news. One (Bobby Jindal) called for an end to the Supreme Court; Ted Cruz wants to elect its members. Scott Walker/Huckabee/Rick Santorum? They reached back in time to the 2004 Rove playbook and got behind the concept of a federal marriage amendment. A few (Christie and Perry) invoked states’ rights. Rubio and Bush chose to stay out of the fray altogether and call for civility.

Look: I’m not telling you whom to support, Save Jerseyans. I am saying that a marriage amendment battle is a Democrat fundraising fantasy. So how this decision impacts 2016 hinges, in a big way, upon whom the GOP taps to carry its banner into battle with Hilldawg.