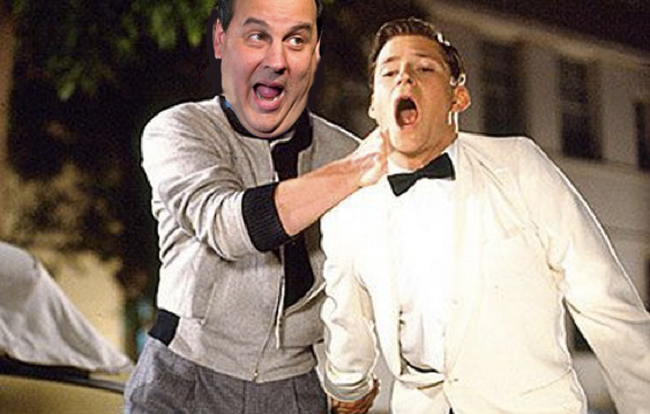 I said it the other day, Save Jerseyans: 2013 is shaping up to be a weird cycle.

In some ways it’s been unbelievably satisfying in the early going. If you had told me in early 2009 that Democrat mayors would be tripping over themselves to endorse a pro-life, pro-business, pro-tax cut Republican governor only four short years later, I might’ve accused you of harboring admirably but unrealistic expectations. Go figure.

The latest Dem to abandon ship is Mayor Jim Fazzone (D-Burlington City); he stood shoulder-to-shoulder with Chris Christie on Friday in a municipality of just under 10,000 where President Obama garnered 72.49% of the vote in 2012 and Jon Corzine managed 60.43% just three years prior:

Down-ballot Democrat nerves are a bit frayed for good reason. Barbara Buono is heading into Memorial Day Weekend with a severely fractured party despite having had no significant primary competition. Meanwhile, we found out this week that Governor Christie raised more money in California than Barbara Buono has raised everywhere combined. The last major public poll showed Governor Christie winning 30% of N.J. Democrats and 64% of N.J. independents.

It might already be too late unless she has some incredible, game-changing opposition research up her sleeve (e.g. we discover that Governor Christie’s lap band was born in Kenya, or that his fleece has a felony record). Not because it isn’t possible to catch up in six months. It is. I just don’t see any signs that her campaign is capable of doing anything that could reverse Chris Christie’s fearsome momentum or get key Democrat local leaders to change their minds, fall in line and risk angering the likely victor.

4 thoughts on “Fear and Loathing in Dem Land”