Webber: Put Up Or Shut Up 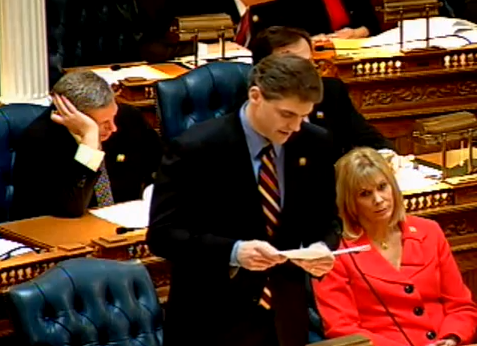 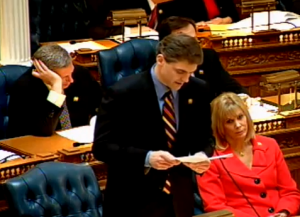 Another day, another revenue projection brawl in Trenton, Save Jerseyans. You know the drill by now… OLS says the sky is falling (the current forecast is a $700 million budget shortfall through the coming fiscal year); the Christie Administration inevitably counters by wondering aloud whether OLS is watching the same sky.

Save Jersey favorite Asm. Jay Webber (R-Morris, Passaic and Essex) had the best advice for Democrats seeking to turn OLS’s predictions against the Governor for partisan gain: put up or shut up.

“There is a simple solution for those who dispute the Treasurer’s revenue projections: If you don’t trust the numbers, pass a budget that doesn’t include them,” Webber noted. “You won’t get a disagreement from this side of the aisle to cut spending. We will gladly spend less right now, so we can give the money back to the taxpayers…

After property taxes rose 70 percent and spending skyrocketed under Democratic Governors and Legislatures last decade, it rings hollow for Democrats to appear dubious of certain revenue estimates today, when we all know they will be only too happy to spend the money tomorrow.”

For more on that last point, definitely read Tuesday’s guest post from our friend Joe Sinagra; you can also always visit our state budget archives for the straight dope.

1 thought on “Webber: Put Up Or Shut Up”