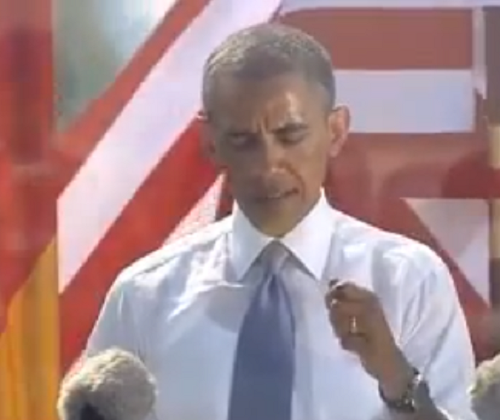 President Obama declared climate change “the global threat of our time” today in front of a diminutive German audience, Save Jerseyans (sources say 4,500, down from 2000,00 when he was last there in 2008).

No, sir. You’re wrong. Global warming theory is more in dispute than ever before, but even if the alarmists were definitively vindicated tomorrow, our biggest challenge is what it’s always been throughout human history: corrupt, incompetent and arrogant politicians like you…

Think about it. Use the bran that God gave you. Obama claims Abraham Lincoln as a hero. That President once said, “America will never be destroyed from the outside. If we falter and lose our freedoms, it will be because we destroyed ourselves.”

Pick up a newspaper. Barack Obama has set us well on our way.

3 thoughts on “The Threat of Our Time”