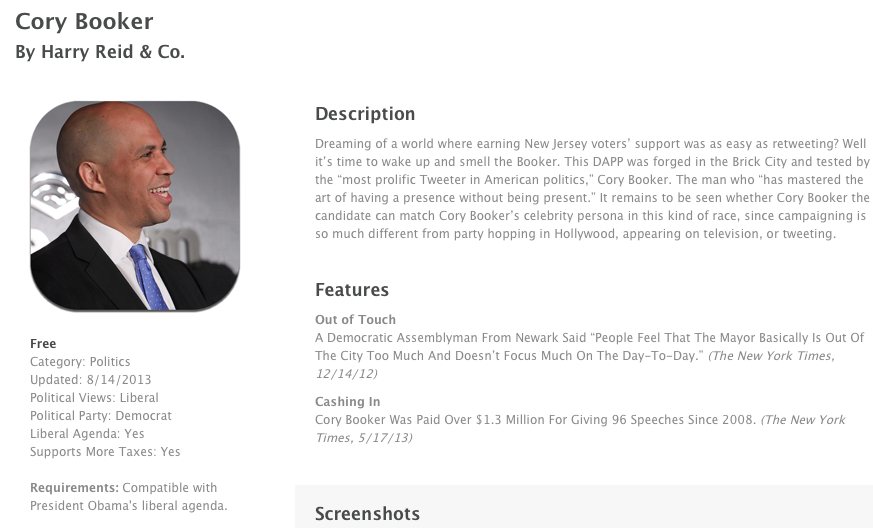 The NRSC has not wasted any time with its attacks on Cory Booker, which is a good thing considering there are less than 9 weeks until Special Election Day!

Yesterday the committee published a website that looks an awful lot like the Apple iOS App Store, but instead of selling apps, this store sells what the NRSC calls DAPPs. The D of course standing for Democrat. You certainly cannot fault the NRSC for its creativity on this one.

The website describes the DAPP, and Cory Booker, pretty well in its description. It refers to Booker as being a master of “having a presence without being present,” a jab at his rise to fame and political victory through tweeting. It also takes shots at Booker’s popularity in California, with a “user review” calling him “California’s third senator!” 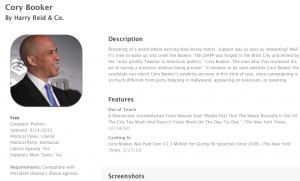 Check out the Cory Booker DAPP and many more DAPPs at the Dem App Store webpage.