The same-sex marriage issue has always been an interesting one in New Jersey. Since New Jersey is largely seen as a blue and liberal state (seen any Presidential maps lately?) many around the nation are often surprised to find that same-sex marriage has not yet been passed or mandated by the courts in our state. However, that could soon change. 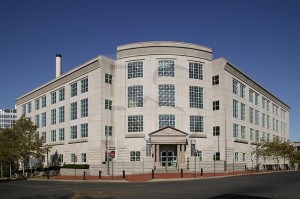 Back in 2007, when the Democrats controlled every single piece of the state government and could have easily passed a full marriage equality law, the New Jersey legislature passed a civil union law in response to a New Jersey Supreme Court case called Lewis v. Harris. The ruling essentially states that while the state is not required to change the definition of marriage to include same-sex couples, it is required to extend all of the rights that come along with marriage to those couples. To put it another way, the court agreed that the concept and definition of marriage was a social tenet that cannot simply be changed on a whim, but that the rights and privileges handed out by the state to couples who have a civilly recognized relationship cannot be denied to anyone. It is a very nuanced argument, and not without its holes, but it was the way that the liberal Supreme Court could impose a step forward for the movement without causing too much of a fuss when the idea os same-sex marriage was not polling nearly as well.

Fast-fordward to earlier this summer when the United States Supreme Court made landmark rulings striking down key provisions of the Defense of Marriage Act (DOMA) and we suddenly find this issue back in our state courts. 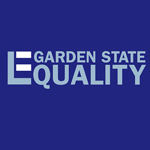 Garden State Equality, the state’s largest gay advocacy group, is a star plaintiff in the latest round of legal battles over same-sex marriage in New Jersey. Its argument is that with DOMA gone, and federal benefits being handed out to same-sex couples everywhere who are married, those with civil unions in New Jersey are being discriminated against. This is because the Obama Administration is refusing to extend benefits to any union that is not specifically “marriage.” In yesterday’s summary judgment hearing, the attorney for the plaintiffs drove home the argument that the democratic (with a small “d”) process got it wrong here in New Jersey and that it is the court’s responsibility to protect rights for same-sex couples.

The assistant attorney general arguing for the state suggested that the Federal government was abdicating its own duty based on the way it was executing the law in a post-DOMA nation. That the State is in fact giving all of the rights of marriage actually offered by the State to its same-sex couples, but it should not be the State’s responsibility to offer benefits that very clearly come from the Federal government. According to NJ.com, the judge was skeptical of this position.

South Jersey liberal activist Jay Lassiter, who attended the hearing, spoke with me after the hearing. After listening to the argument and observing the process, he said

“If I had to guess, I’d say she’ll rule our way . . . it was awkward listening to our governor’s [assistant] AG defend this law . . . the state’s legal argument sounded brittle and retrograde.”

Based on the reports, my guess is that the judge agreed.

No matter which way this decision comes down some time in September, expect that it will continue up the state court chain and once again arrive at the New Jersey Supreme Court’s door.

36 thoughts on “Will New Jersey Get Same-Sex Marriage by way of SCOTUS?”