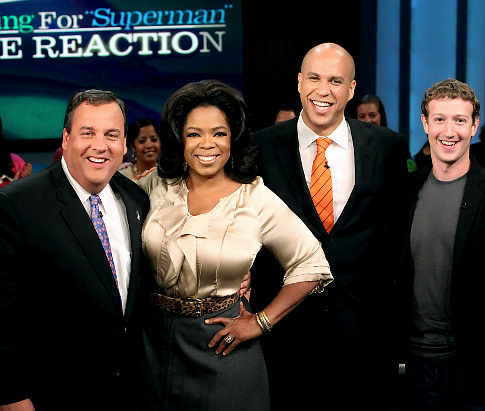 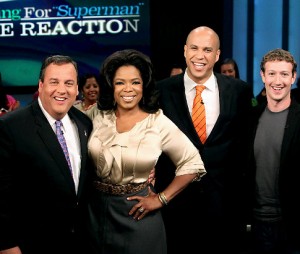 We’re hardly surprised, Save Jerseyans, but The Philadelphia Inquirer and The New York Times joined The Newark Star Ledger in endorsing Cory Booker over the weekend.

Look at what the Inky had to say on Sunday:

“More importantly, though, Booker has the potential to help chart a path toward reinvigorating America’s cities, which have been forgotten by the federal government for too long. He understands that despite their concentrations of poverty, cities can drive innovation, social progress, and artistic and intellectual achievement.”

“Potential” is an interesting choice of words, implying that the subject matter (Mr. Booker) hadn’t actually done anything worth endorsing to date. Hmmm. The the Old Gray Lady had added its own two cents on Friday:

“We strongly believe the best choice is Mayor Cory Booker of Newark, who will be able to use his political star status to fight for the neglected, the powerless, people who are working and people who need to work in New Jersey and nationally.”

Again… the endorsement isn’t predicated on the Mayor’s record. Even crusty old newspaper people’s jokes aren’t that bad. We’re told to place our trust in a cool young man with really cool friends who might (one day) do something cool for us. Awesome!

Cohesion doesn’t necessarily translate to consistency. Back in December, a NYT reporter noted how “a growing number of Newarkers complain that he has proved to be a better marketer than mayor, who shines in the spotlight but shows little interest in the less-glamorous work of what it takes to run a city.”

What’s changed since then? Other than more murders and unemployment in New Jersey’s largest city under Cory Booker’s twittership?

Nothing, of course; the Old Media isn’t any different than Big Labor groups like the NJEA at the end of the day, Save Jerseyans. With precious few notable exceptions, they’re primarily interested in electing Democrats/advancing an ideology without any regard to the facts or even their own journalistic integrity. They know Cory Booker is the future of Democrat politics in New Jersey and they’re loathe to sink him (even when they’ve recognized, in print, that he’s a lightweight).

The remaking of Cory Booker is a group effort. Too bad they’re all more interested in that project — and what he might/could/should/can accomplish — than his actual failure to remake the city that he had pledged to save before abandoning it to pursue national ambitions.