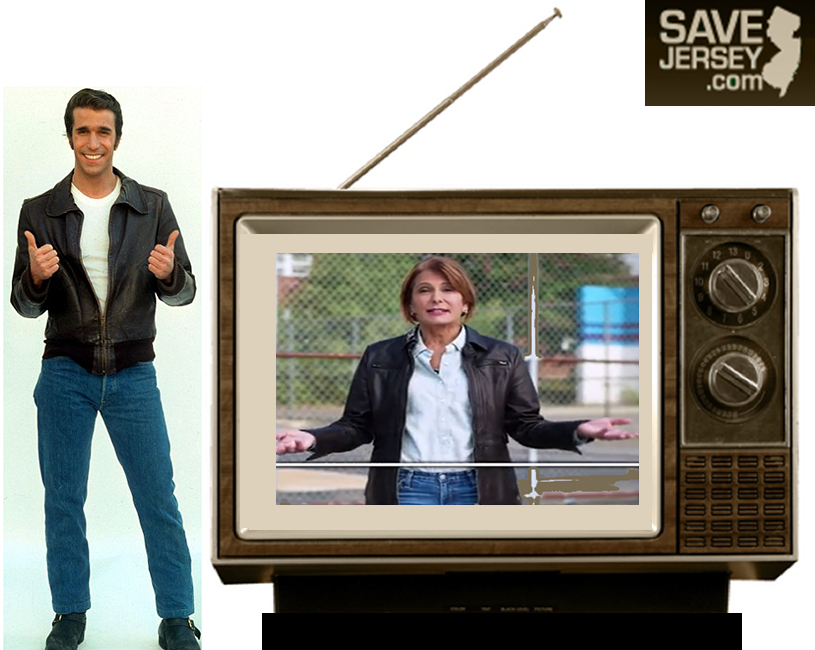 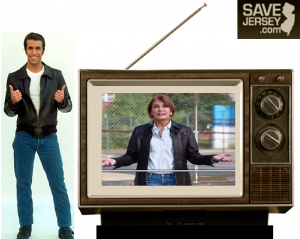 Liberals excel at condescension, Save Jerseyans.

It comes very naturally to them because the foundational premise of ideological liberalism is that the elite few who control government know how to run your life better than you do.

Watching this suburban liberal lecture us on abortion funding and gun control while standing near what looks like an urban basketball court and sporting mom jeans, a partially-opened blouse and a leather jacket time-warped to her closet from the 1970s, you’d think she’s trying to audition for an off-Broadway gender reversed Happy Days musical if you didn’t know any better…

Fonzie worship hasn’t got anything to do with it, Save Jerseyans. It’s just Buono’s lame-ass attempt to make herself seem “like one of us” even though she’s spewing extreme far-left rhetoric that’s only considered “mainstream” in academia’s ivory towers and the courts of third world dictatorships.

Putting pearls on a pig (or in this case, jeans on a Trotskyite) won’t change the substance of Barbara Buono’s delusional worldview. The gubernatorial debates left little doubt that her single, solitary, only “plan” for New Jersey consists of tax hikes coupled with more spending.

We can’t afford it anymore than a normal person could afford to be caught wearing that outfit in public!

Save Jersey readers regularly ask me if I can explain why she’s making these objectively horrendous political tactical decisions. I sincerely don’t know what’s wrong with Barbara Buono. The entire campaign has been a half-assed effort by a candidate who would likely govern in an equally half-assed fashion; her time at the helm of the budget committee provides further supporting evidence. I don’t know who’s advising her at the moment.

I believe the Fonz could’ve summed it all up with one utterance:

I do know that I hope she/they keep it up, Save Jerseyans, ’cause then she’ll lose by 40 points, and the New Jersey GOP might capture the state legislature despite itself.