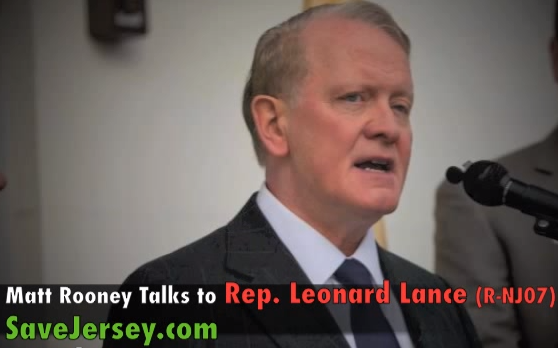 U.S. Rep. Leonard Lance (NJ07) and House Republicans grilled Health and Human Services Secretary Kathleen Sebelius on Wednesday, Save Jerseyans, during an especially animated hearing of the House Energy and Commerce Committee. Lance used his time to delve into the botched launch of Obamacare’s state exchanges and the shocking reality of over 800,000 New Jerseyans losing their medical plan in the wake of Obamacare’s implementation.

We’re grateful that the Congressman called us after he left the hearing chamber to bring Save Jersey up to speed and, of course, weigh in on the GOP’s prospects heading into next Tuesday’s election back home in New Jersey:

Visit our Obamacare archives for more analysis, interviews, stats and a heaping helping of truth.