We Deserve Honesty from Ourselves 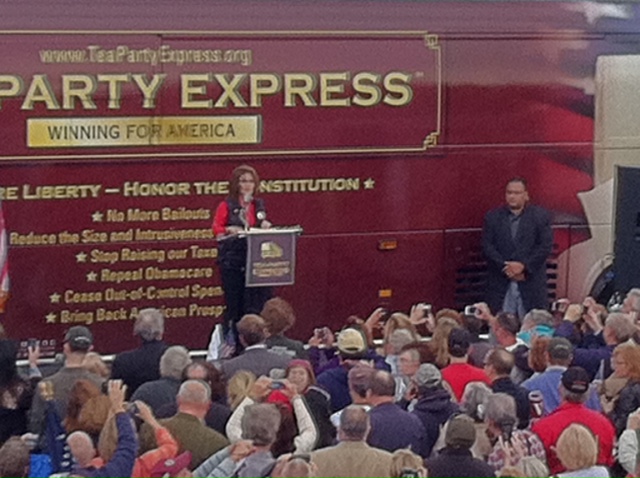 More than one Save Jersey reader has expressed extreme displeasure over my description of Sarah Palin as “[o]ne of America’s most controversial and polarizing political figures” in the lead up to Saturday’s Lonegan for U.S. Senate/Tea Party Express rally in Ocean County.

1. To induce polarization in; impart polarity to.
2. To cause to concentrate about two conflicting or contrasting positions

It doesn’t matter whether you lover her or hate her, Save Jerseyans. That’s irrelevant for the purpose of this discussion. Sarah Palin is an objectively “polarizing” figure in American politics according to the term’s official definition(s)…

For the record (and in the interest of full disclosure to newer readers), I’ve never hidden my “lack of enthusiasm” for former Governor Palin as a Republican leader. I’ve frequently argued that she’s part of a permanent political class “establishment” that’s just as problematic for the advancement of conservative principles as the tired, passionless and rudderless D.C. establishment.

I’m not alone either in my dark assessment of her abilities.

In 2011, two years after she shocked the political work by resigning as governor of her state, Sarah Palin’s popularity in Alaska plummeted to as low as 29% in one public poll. A Gallup Poll from about the same time pegged her approval rating nationally below 40% and her approval rating north of 50%. Her position hasn’t changed much since that time. 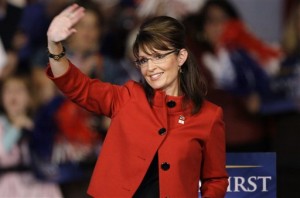 Is her polling position entirely fair? Of course not. But welcome to life, folks. No one said it’d be fair. Palin was a green candidate in 2008 and the mainstream media went to extraordinary lengths to trip her up. What’s amazing is that McCain, Palin & co. were surprised by it and failed to adequately prepare her for what was coming.

Even more extraordinary were Palin’s unfortunate, self-damaging decisions subsequent to the failed McCain campaign including, but not hardly limited to: (1) resigning from her Alaskan post, (2) subjecting her family to further media scrutiny, and (3) railing against “RINOs” by backing candidates like Christine O’Donnell who were wholly unqualified for high elected office.

Even if you happen to agree with her assessment, is someone who says Syria “should be left for Allah to sort out” anything other than controversial? That’s someone TRYING to be controversial, for better or for ill.

This post isn’t intended as a personal character indictment, Save Jerseyans. She might be a lovely person (I’ve never met her). I happen to agree with her on the substance of what she says 90% of the time; my qualm is often with how she says it, something which I’d argue is almost equally important. But you can’t deny the fact that, rightly or wrongly, most politically-conscious Americans have a very strong opinion concerning Sarah Palin. The dictionary defines such a person as “polarizing.” I didn’t coin the word! Don’t blame me for properly applying it.

And, for that matter, a hyper-defensive reaction to my proper use of vocabulary doesn’t help advance the truly important discussion of whether the Alaskan Governor’s style is helpful to the cause which we all share. We want honesty from our public figures and Sarah is certainly honest. First and foremost, however, we need to be honest with ourselves if we ever want to win again.

6 thoughts on “We Deserve Honesty from Ourselves”