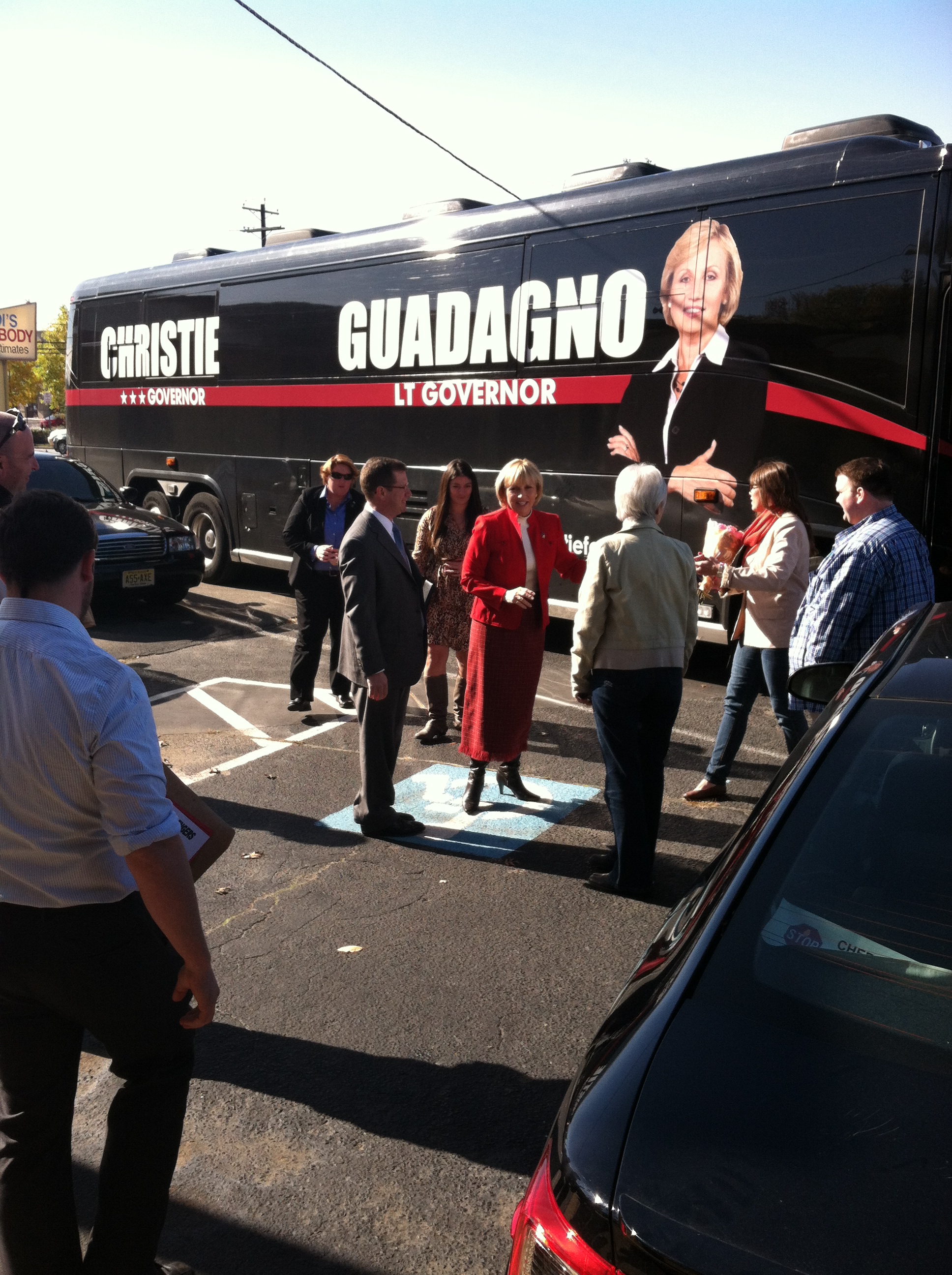 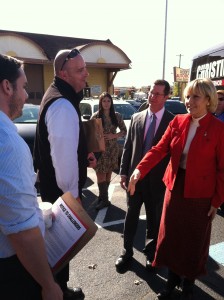 NJ is no longer the butt of jokes, Soprano land or TV’s Jersey Shore thanks to four years of Chris Christie, so claims Kim Guadagno, the Garden State’s first Lt. Governor.

The second in command stopped at the Camden County GOP headquarters in Cherry Hill on Election Eve to thank the candidates running in districts 4, 5, 6 and 8 for their courage to compete in a very blue state where there are approximately 700,000 more Democrats registered to vote.

Many of the candidates are hoping for the first time in decades that the top of the ticket coattails will help carry them onto victory. 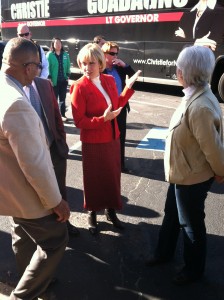 Guadagno claims she has the best job in the county and is ready for another four years serving with “The Governor.” She said Christie insisted it was her face pasted on her very own touring bus, not his.

A fun little bus story: Guadagno recalled that the two buses recently spotted each other on the NJ Turnpike as they traversed the state in an 11th hour get out the vote stump.

The Lt. Governor quipped that of course she let the boss’ bus over take hers.

Governor Christie visited Camden County last Thursday at the beginning of a 90-stop bus tour which wraps up tomorrow evening in Asbury Park.

31 thoughts on “The Rebranding of New Jersey”