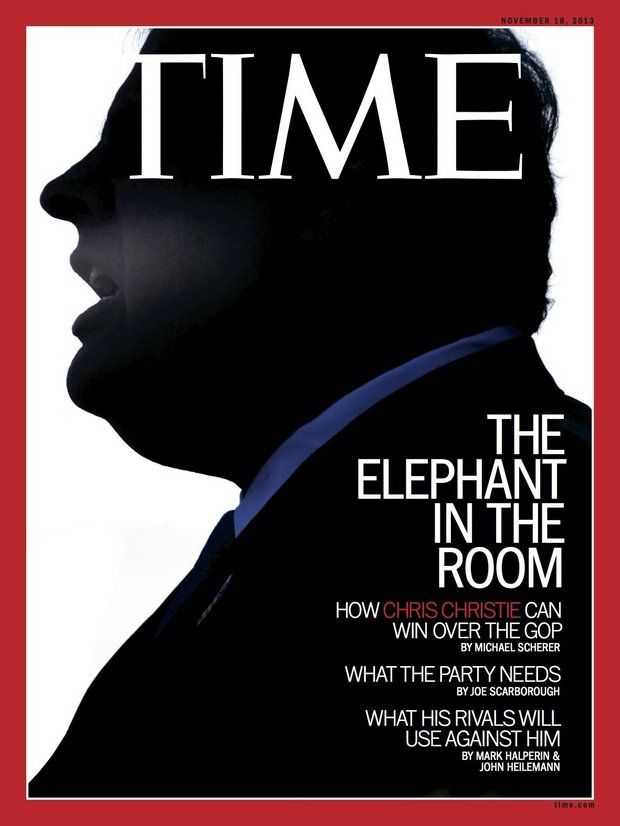 IS CHRISTIE LAUGHING ALL THE WAY TO THE WHITE HO– USE? 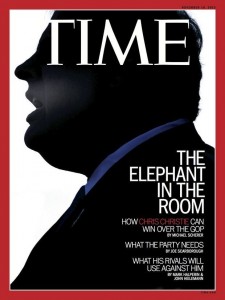 A cheap shot, an attempt to get social media a twitter or a creative, legitimate play on words?

Having been in a few newsrooms, I suspect it’s the former. Let’s face it Save Jerseysans: the media for all of it’s fourth estate high brow, Dudley Do Right haughtiness is in a business. A business of selling content. It was a clever play on words, referring to Christie’s girth and the GOP’s mascot.

The question is does Christie mind? Self-deprecation regarding his weight is part of his schtick. Remember his Letterman appearance when he downed a doughnut?

While in Asbury Park the other night, as I walked around the convention center taking in the band, balloons and Christie faithfuls, I questioned the Governor’s appeal: is it policy or personality? In many ways, not unlike Obama, “The Governor” is a celebrity, and just like his personality, his weight is part of his gigantic persona…

Would he be as endearing, a regular Joe, if he was (were) an Adonis? I suspect not. The GOP has tried coiffed and refined. No offense Governor like most voters I prefer real.

After all, this weeks Time magazine does feature THREE articles on Christie and his “landslide” re-election” in its latest edition (due out Friday), insisting he is the “instant GOP front runner for 2016″… and the “The Elephant in the Room.”

Hmm. While the Governor has had lap-band surgery to lose weight claiming to the NY Times he is more than halfway to meeting his goal, he may be commenting on both his weight and his political ambitions.