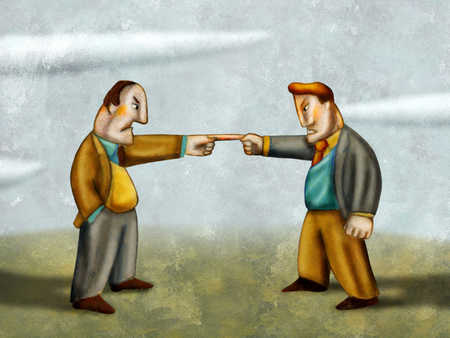 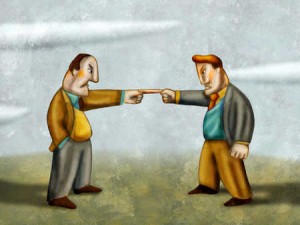 The dust has essentially settled from Election Day. Every four years the two states getting the most attention are New Jersey and Virginia as they’re only states with gubernatorial elections while nationwide congressional elections wait until the next even year.

Republican Chris Christie’s landslide win was all but a foregone conclusion while Republicans in New Jersey were disappointed that essentially no inroads were made in the legislature on the Governor’s coattails. Virginia Attorney General Ken Cuccinelli, after enjoying early poll leads, could not close the deal on former Democratic National Chairman Terry McAuiliffe in the Commonwealth’s Governor’s race.

And while the elections are over, the Monday morning quarterbacking and finger pointing among Republicans that actually started well before the polls closed on November 5, now continues to unprecedented levels in the wake of Election 2013.

The posturing and vitriol of course pits the more moderate wing of the party, now pejoratively known as “Establishment Republicans” against the conservative wing of the GOP or “Tea Partiers,” a designation which, depending upon whom you ask, is either a term of derision or a badge of honor.

It is the age old argument of who is or isn’t supporting whom when it comes to Election Day and quite frankly, Save Jerseyans, I’m sick of it.

In terms of recent elections, the battle’s effects can clearly be seen in the Presidential elections of 2008 and 2012, the New Jersey Special Election for U.S. Senate in October 2013, and the aforementioned Virginia Gubernatorial election just recently completed.

There is ample pre- and post-election evidence that enough conservative Republicans stayed home on Election Days 2008 and 2012 to cost “Establishment” candidates John McCain and Mitt Romney the presidency.  There is also little doubt that Establishment Republicans did not support U.S. Senate Candidate and Tea Party fave Steve Lonegan financially and electorally, a state of affairs which could have cost New Jersey Republicans their first win in over four decades in a U.S. Senate race. Ditto for the Governor’s race in Virginia.

While some would argue that conservative Cuccinelli did not run a smart race, the drumbeat of Establishment abandonment is distinctly louder. And what did all this finger pointing, vitriol, and alleged abandonment get us, Save Jerseyans? Put simply, congratulations President Obama, Senator Booker and Governor McAuliffe.

Now don’t get me wrong. I think intra-party debate and contests are necessary and even healthy under the proper circumstances. In a two party system of politics, there are bound to be a wide array of positions and interests represented in each party and those battles should be held between General Election Day and Primary election Day—but not after our fellow party members have duly selected our standard bearers to compete against the Democrats.

If one is to be a member of a political party, I believe there is an implied contract to support the party’s nominee whether that nominee holds all or most of your political positions or not. Every time you decide to sit out an election because “your guy” or “your gal” didn’t get the nomination, there’s a pretty good chance that a segment of the party will sit it out when your guy or gal actually gets the party nod. And then, Save Jerseyans, we have what was referred to in Cold War days as Mutually Assured Destruction (MAD). And while the following term has been used to describe one particular segment of the GOP, I firmly believe that it has been misapplied.

Any Republican who will not support his or her party’s duly nominated candidate is in fact a RINO (Republican In Name Only).

Yeah, yeah, yeah (as the Beatles sang). I know I am going to hear from both sides.

“But Marty, the Tea Party conservatives are trying to hijack the party and have no chance of winning national elections or in a Blue state like New Jersey.”

“But Marty, the Establishment has an iron grip on the party and they’re the ones who started and continue to this day shunning conservative principles and candidates.”

Enough! The way I figure it, if you are a member of the Republican Party you have three choices and three choices only from this point forward: