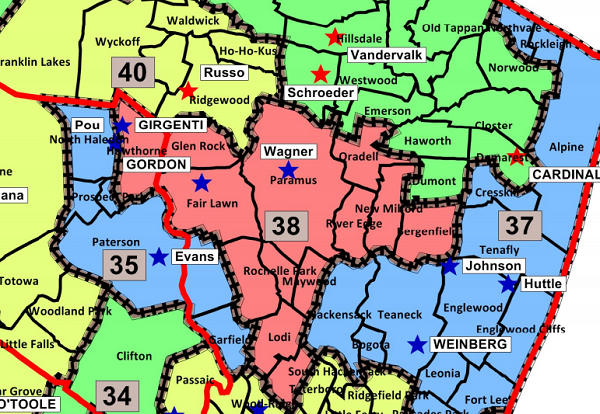 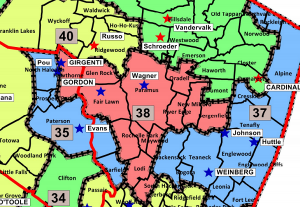 Hang on to your seats, Save Jerseyans. This year’s closest legislative district races may take longer to resolve than first anticipated.

The latest: up in LD38, GOP challenger Joe Scarpa is now down 44 votes to incumbent Democrat Tim Eustace after Bergen County’s provisional ballots were tallied. After Passaic County counts the ballots from Hawthorne tomorrow, it’s anticipated the margin may fall to between 25-30, after which time a recount may ensue. Eustace had trailed by as much as 5-dozen votes on Election Night.

The fate of LD2 incumbent John Amodeo also remains unresolved as approximately half of the roughly 1,092 provisional ballots remained outstanding as of Tuesday night. He’s trying to fend off a challenge from Northfield Mayor Vincent Mazzeo. I’m told that with Northfield and Atlantic City’s provisions counted, Amodeo still leads by 77 votes. A court challenge appears likely here, too.

If Eustace and Mazzeo both prevail, then the New Jersey Republican Party will have netted zero legislative seats in 2013 despite Governor Christie’s 60%+ statewide victory. Un-freakin-real…