Pallone: Freedom is the Problem 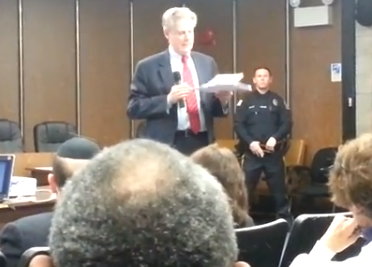 Frank “Monkey Court” Pallone (D-NJ06) hosted an Obamacare town hall this past week in Highland Park, Save Jerseyans, in order to defend the (Un)affordable Care Act that he helped write.

His defense was… interesting. To say the least! More of the same “it’s okay if your plan is cancelled by Obamacare because it was, in my non-professional opinion, crap,” but with a BIG new twist. I’d actually love to take his argument, put $100 million behind it, and then play it, on loop, on national broadcast television through Election Day 2014.

“My idea of freedom has to do with democracy and civil rights, not the freedom to have a bad policy,” Pallone concluded.

So in other words, Save Jerseyans, you have a right to pick who gets to tell you how to live your life, but not much else, in Frank Pallone’s version of democracy.

How very Greek of him! And terrifying…

4 thoughts on “Pallone: Freedom is the Problem”