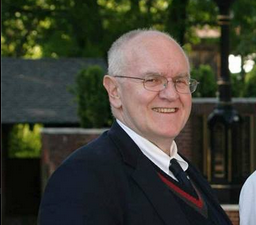 Republicans with unconventional paths to the GOP U.S. Senate nomination are presently weighing their options now that every “top tier” prospect has taken a pass on 2014, Save Jerseyans.

A former member of the state judiciary is among those seriously considering a David vs. Goliath challenge to Cory Booker (D-Twitter)…

The Hon. Roger Daley (R-Middlesex County), a former elected official and jurist who ran unsuccessfully for freeholder on the GOP ticket in 2013, is reportedly seriously talking up a run this weekend.

Judge Daley is credited with “transforming” juvenile court in New Jersey during his 15 years of service.

Also a veteran of the Vietnam War and graduate of both Rutgers and Notre Dame universities, Judge Daley retired from the New Jersey Superior Court in early 2012 after having previously served two full terms as a Middlesex County Freeholder in the early 1990s; at the time, he was the first Middlesex Republican to win reelection to the freeholder board since 1929. Daley also helped launch the Legal Center for the Defense of Life, a leading New Jersey pro-life organization.

According to a source familiar with Daley’s thinking, he’s already spoken to at least one GOP county chairman and gauging interest among other grassroots activists and committee members.

The only other declared challenger at the moment is businessman Brian Goldberg (R-West Orange) who has been unofficially campaigning for months. Team Christie, beset by Bridgegate subpoenas, has given no indication as to whether they have an alternate plan for the fall.