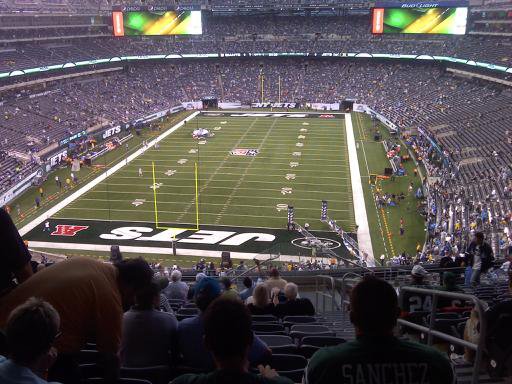 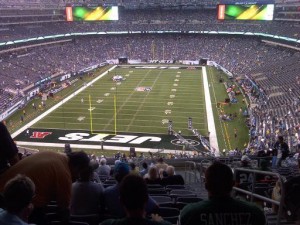 Time is running out for a decision, but I’m told that the NJ GOP isn’t giving up on one of the few New Jersey Republicans who wouldn’t need to worry about the fundraising prowess of Cory Booker (D-Twitter) in 2014.

Robert Wood “Woody” Johnson IV is best known as the owner of the New York Jets. I’ve been told by multiple reliable Republican sources that a group of county chairman (worried about a lack of direction from the Governor’s embattled team and the prospect of a Booker landslide) approached Mr. Johnson to discuss the possibility of his entrance into the uphill race; no word yet, however, as to how seriously he’s taking these establishment overtures although it’s a known fact that Johnson is a big-time GOP donor  who’s considered it in the immediate past. The Johnson family is worth was reportedly worth $13 billion as of 2010; the New York Jersey are valued at north of $1 billion.

Meanwhile, in my native South Jersey…

I’ve heard from reliable Save Jersey sources familiar with internal GOP deliberations that former NFL Linebacker and current Philly radio personality Garry Cobb (R-Cherry Hill) is strongly leaning towards challenging Rob Andrews (D-NJ01) this year, another possibility which has been reported in recent weeks but that now appears to be moving towards an affirmative resolution.

Cobb’s name recognition could be a real asset in what is otherwise a very blue (Cook PVI D+13) district that resisted any influence of national GOP electoral waves in 1994 and 2010. Cobb will also presumably attempt to take advantage of persistent ethics questions/inquiries plaguing the veteran House member.

So fear not, football fans. You might have something to watch in the off-season even after the last Super Bowl down is over…