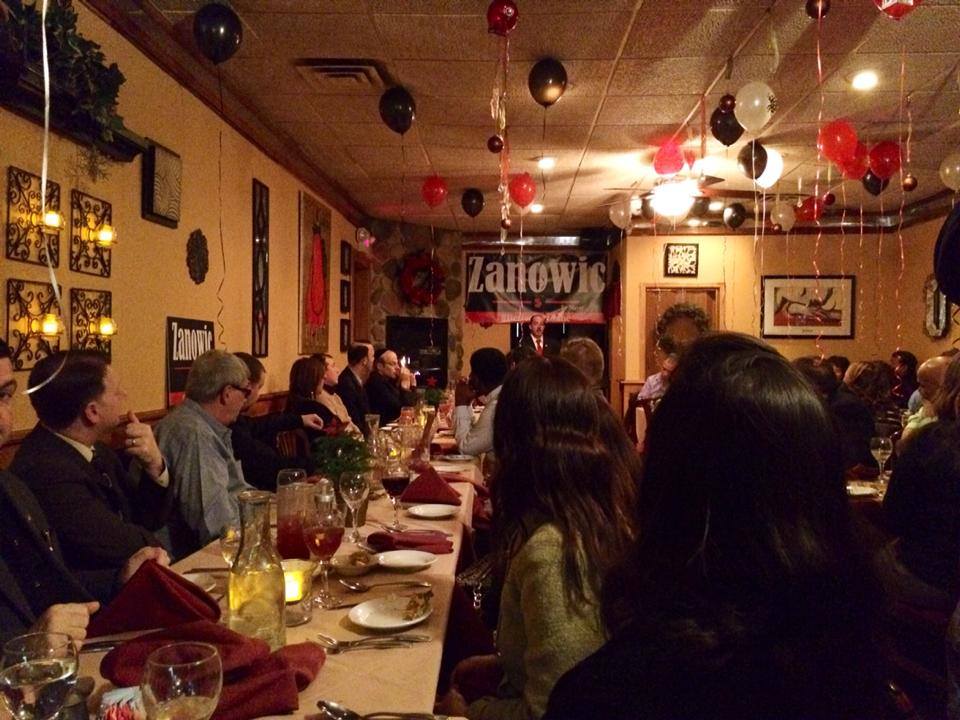 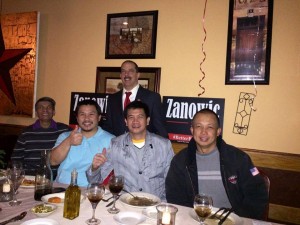 January 9, Bayonne – Packed to capacity and brimming with possibility, Save Jerseyans, KP Sarelli’s a Bayonne Italian restaurant was (bustling with optimism as it played) host to the Team Zanowic official campaign launch at the end of last week.

The candidates were greeted by a violin solo and 120 supporters that spanned the spectrum from republican to democrat; black, white and Hispanic; blue and white Collar; and the launch brought together the coalition of concerned Bayonne citizens that want to rebuild their neglected city.

GOP mayoral candidate Anthony Zanowic, head of the ticket and key note speaker at the launch, told gathered supporters that the campaign “is not about us, but about a movement to save the city” from the fiscal mismanagement that has led to higher taxes, a higher cost of living, and a lowered quality of life.

Zanowic, who was introduced by his daughter Stephanie, is a native son of Hudson County and has spent the last four decades in Bayonne raising a family and being an active community member.

A former Golden Gloves boxer, Zanowic and his team aim to be “pro-active and preemptive” to knock out problems facing Bayonne such as “tax increases to pay for the messes that city hall made,” the abandonment of Bayonne’s commercial center, job killing red tape, and the opaque practices of city hall.

“Ours will be a transparent administration which will listen to the people’s concerns and we will act on them,” Zanowic continued. “On our watch, taxes and crime will be lowered, Bayonne will once again become a place where people will want to move to for business reasons and to raise their families.” Looking to the north for a moment, Zanowic also spoke of the revitalization of Hoboken and Jersey City and pointed out that Bayonne has been skipped over by positive community development. 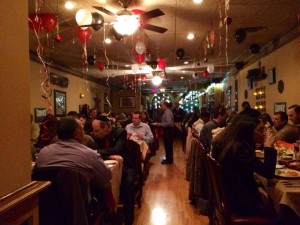 “A #BetterBayonne” has been the Zanowic team’s motto since before the kickoff event. Campaign literature, Zanowic’s speech, and their just released video hit a decidedly populist note that all Republicans can learn from.

Pointing out the hundreds of thousands in out-of-town money raised by democrat incumbent Mark Smith, the raw deal Bayonne citizen received on the land sale to the Port Authority, and a 400% water bill increase, the Zanowic team makes it clear that they stand with the residents of Bayonne not with big government and crony capitalism.

Both Zanowic and Herrera are affiliated with the Hudson County Republican Club, the home of conservative and libertarian views and values in Hudson County. For more information on the Team Zanowic visit their website: www.zanowicformayor.com