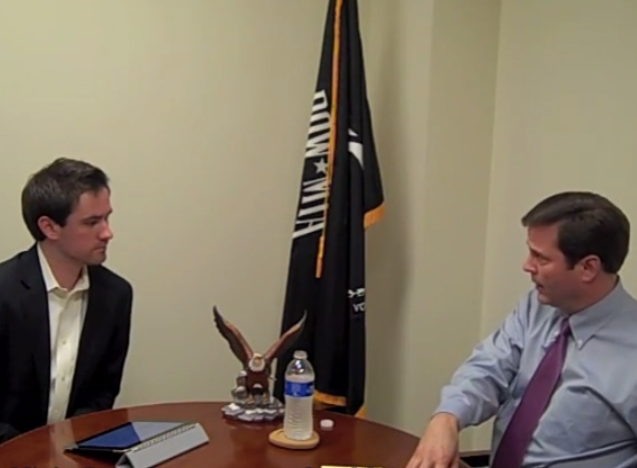 Who is Donald Norcross?

Everyone wants to know (or at least get to know the family’s most powerful member) now that the relatively low-key 5th Legislative District state senator is the clear favorite to succeed Rob Andrews following Tuesday’s surprise resignation.

There’s no better way to begin your introduction than by way of a nearly 20-minute interview. We don’t interview many Democrats, it’s true, but we made an exception two years ago…

By way of background, the hugely-controversial attempted merger of Rutgers-Camden and Rowan University forged strange battle lines in New Jersey politics. Save Jersey bloggers strongly opposed the original Rutgers-Rowan merger. George Norcross III, Donald Norcross’s brother, was the leading political force behind it. With that backdrop, in May 2012, our Managing Editor Brian McGovern visited Senator Norcross at his Audubon district office to discuss the many ins and outs of the merger proposal as it stood at that time.

Watch below the fold: