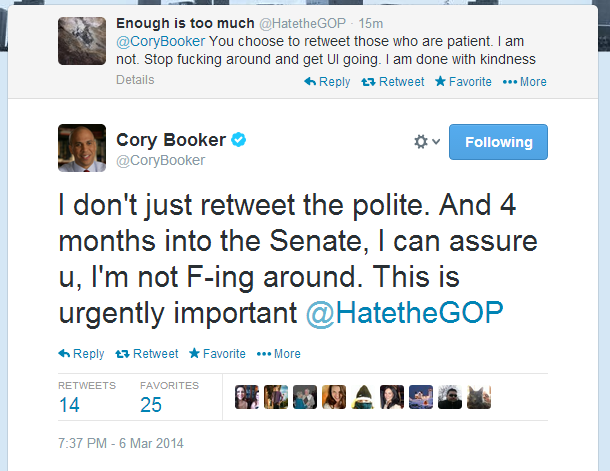 Reigning as the King of Twitter isn’t all sunshine, rainbows, token gestures and A.A. Milne quotes, Save Jerseyans. Sometimes you need to throw down and let the Twitterverse know who’s boss. Especially when the heat of a brewing corruption scandal is melting away at the edges of your wintry fantasy world.

Cory Booker (D-Twitter) sure as hell didn’t get this from Winnie the Pooh:

Of course, the irony here is two-layered. Not only that Mr. Optimism lost it on a harmless Twitter troll, but also owing to the fact that you and I know he’s done nothing but “f-ing around” for his entire public career. His last contribution to humanity was beating Sharpe James. It’s been all treading water since…