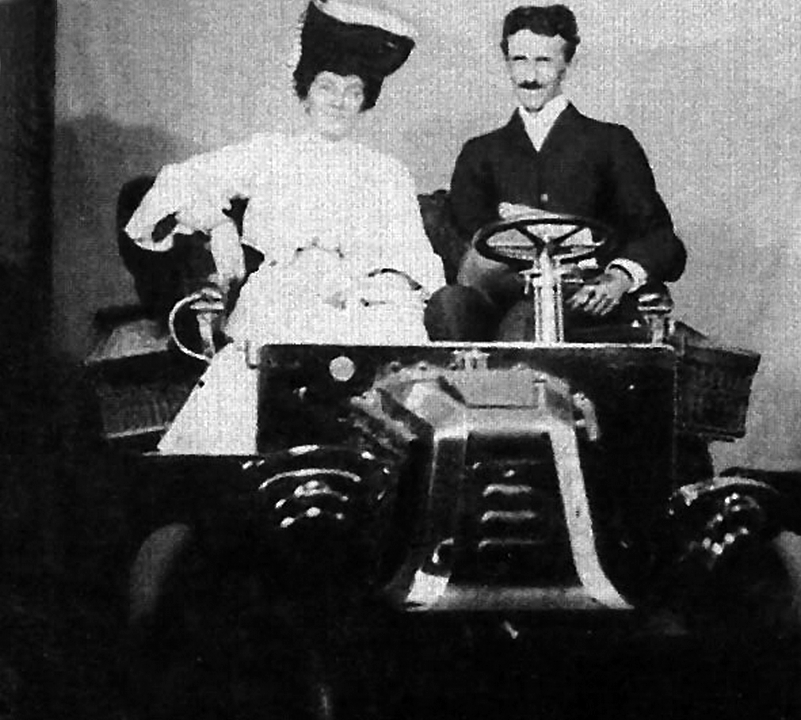 Christie Administration appointees are telling the Tesla Motors to fugetaboutit, Save Jerseyans, and in this blogger’s humble opinion, it’s a decision that’s symptomatic of everything wrong with modern America government.

Long story short, the New Jersey Motor Vehicle Commission (NJMVC) adopted a rule change (PDF) on Tuesday requiring all new car dealers operating within the state to offer up a franchise agreement before receiving a license from Trenton. The problem for Tesla, one of the world’s most innovative and celebrated automotive companies is that they are both manufacturer and distributor of all Tesla vehicles.

A company can’t produce a franchise agreement with itself! So the NJMVC rule has the effect of blocking Tesla from selling cars in the Garden State… and reinforcing New Jersey’s reputation as one of the United States’ least business friendly locales…

The entire purpose of such regulations is as old fashioned as the dealership model they’re designed to protect.

Proponents of the regulation will argue that protecting dealerships helps create local competition; by way of example, if BMW sold all of its cars directly to the New Jersey consumer market, then there wouldn’t be any opportunity for car dealers to compete and undercut each other locally. That’s good for car buyers, at least in theory.

But for a smaller company like Tesla with only a handful of showrooms? These regulations don’t make any sense because they effectively form a barrier to market entry. It’s ironic, if we’re being honest about it, since the same politicians pushing protective regulations are also constantly lecturing us on the importance of “going green.”

How are we supposed to start driving electric cars if they’re forcibly excluded from the market? And consequently made artificially expensive to the point where government subsidies are the only way to make them affordable for anyone other than the wealthy?

The rules were waived for years. Why get heavy now? Did someone get a well-placed campaign contribution? You can bet we’ll check ELEC for it.

In the interim, here’s a novel alternative game plan for Trenton (and Washington): (1) follow David Camp’s lead and create a simplified tax code including corporate tax cuts, (2) eliminate taxpayer-financed subsidies, and (3) unless it’s a tank or nuke, get out of the way of U.S. consumers buying whatever the hell they want directly from manufacturers.

That’s the best way to get quality, energy-efficient and affordable motor vehicles to consumers who want to buy them. When someone in government finds a way to make ANYTHING less affordable through bureaucratic intervention (a feat which the Obamacare debacle has yet again proven is an impossible dream) then go ahead and give me a call.

Until then, our hopelessly meddlesome politicians in both the executive and legislative branches should stop talking about creating jobs and let Tesla create them by doing business without Big Brother on their backs.