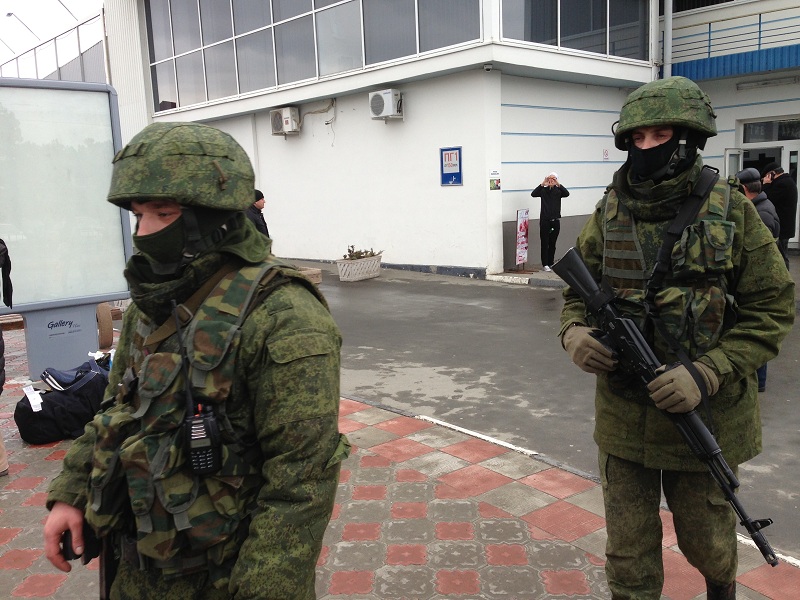 By матовый Rooney | The Save Jersey Blog

In a move certain to carry dire geopolitical consequences for the world, the Russian Federation has moved troops into the 32,000-person borough of Fair Lawn, New Jersey, only days after annexing Crimea and strengthening its troop positions along the Ukrainian border.

The Kremlin also moved quickly to assert a rationale for its provocative act as Asian stock markets and Dow futures tumbled, one which the Christie Administration is labeling a “naked invasion” and “clear violation of international law as well as, most troubling of all, Governor Christie’s clearly-articulated town hall meeting rules.”

Fair Lawn boasts one of the country’s largest per capita Russian populations; 10.10% of residents share Russian ancestry and 4.7% are natives of Russia.

“There will be a lot of ethnic Russians living in Fair Lawn,” Russian President Vladimir Putin declared during a hastily-assembled session of the Federation Council on Tuesday, “and Russia will always defend their interests through law and other means. I’m also long overdue for a good zeppole.”

Putin’s words are quickly translating into action. According to unconfirmed reports, soldiers in Russian-issued uniforms but no Russian insignia were streaming onto Fair Lawn Avenue and establishing checkpoints on Bergen County’s bank of the Passaic River; State Police report that Russian flags are flying over the NJ Transit Radburn and Broadway stations.

Russian troop estimates range from 5,000 to 20,000, supplemented by hundreds of recruited public employee workers wearing traditional Soviet-red armbands and Karl Marx tramp stamps, and New Jersey officials are openly expressing concern at the prospect of a larger-scale Russian invasion of the rest of Bergen County.

State officials found themselves caught off guard and vulnerable to attack as the situation appeared to spin out of control. In an early morning Trenton press conference, a gaggle of Administration dignitaries and legislative leaders announced that the New Jersey National Guard had been activated and were preparing defensive measures. All present expressed a desire for unity given the present circumstances despite admitting never having met before.

Some welcomed the Russian invaders with open arms. Led by Freeholder Jim Tedesco, the Democrat-dominated Bergen Freeholder Board voted 5-2 to formally invite the Russian occupation for “peace keeping purposes,” a gesture which many interpreted as part ideological and part evidence of a longing for a strong authority figure years after Joe Ferriero’s departure from county politics.

Washington proceeded cautiously as news of the Garden State invasion spread. President Barack Obama could not be reached due to what White House Press Secretary Jay Carney described as “justifiable preoccupation with salvaging mother f’n Obamacare” on the first day after the deadline for enrollment expired, but the President did issue a statement shortly thereafter stating that both his thoughts “and those of the First Lady are with the people of New Jersey as they grapple with the consequences of my flexibility promise to our new Soviet overlords.”

U.S. Senator Cory Booker (D-Twitter) declined to comment, unable to find an A.A. Milne quote suitable for the occasion and expressible in just 140 characters. Senior Senator Bob Menendez’s office stated that he was out of the country on a Foreign Relations Committee tour of the Sandals beach resort in Jamaica along with several prominent optometrists.

National Republican reaction was mixed, with Speaker Boehner and Hill Republican leaders holding a press availability to demand immediate action by the President to liberate the occupied portion of New Jersey while former Rep. Ron Paul appeared on Fox and Friends and admonished other GOP politicians for forgetting that “what happens in a foreign country like New Jersey is none of our darn business.”

Foreign policy experts believe that the Kremlin is taking advantage of New Jersey’s perceived weaknesses at the moment, citing variables including but not limited to BCRO in-fighting between factions led by County Executive Kathe Donovan and GOP Chairman Bob Yudin, respectively, the severe depletion of Governor Chris Christie’s political capital in the wake of the Bridgegate scandal, and the fact that Bruce Springsteen has yet to announce a New Jersey tour date for 2014.

Undaunted, Governor Christie reportedly contacted President Putin and sought to diffuse the situation by asking for the Russian’s strongman’s endorsement for 2016 since “all of those other homegrown turncoat commies backed me in 2013.” Following the Russian President’s refusal to accept the Republican presidential hopeful’s proposal, stating that he and Steve Sweeney went to trade school together and were “tight” (though Vince Prieto and some of the others were “a little too down with the whole collectivist thing” for even a former KGB agent), the New Jersey Department of Transportation promptly closed most of Route 4 and other key access lanes into the municipality for an unspecified “traffic study.”

At press time, former Bogota Mayor Steven Lonegan declared that his CD3 House campaign was indefinitely suspended in light of the present crisis, as he would be relocating back to North Jersey and launching a bid for the soon-to-be-open Fair Lawn seat in the Russian Federation Assembly after annexation had been finalized.

One unidentified Russian soldier guarding the Fair Lawn McDonald’s on Broadway, while denying any connection between the invasion and the American tradition of “April Fools Day,” told a Save Jersey correspondent that he didn’t mind relocating so far from home. Not in the slightest.

“A constitutionally-mandated minimum wage? Stupefyingly-huge bureaucracies? Gun control? Crazy-high taxes, prevailing wage laws and corrupt leftist oligarchs? Far away?! I feel right at home, comrade! In fact, it’s like I never left. And that Loretta Weinberg dude makes a lot of sense. Why isn’t he your leader?”