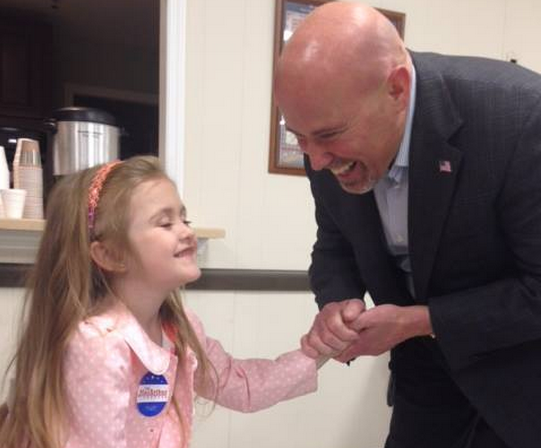 Heads up, Save Jerseyans: a new internal poll from the CD3 campaign of Tom MacArthur suggests that he now has an edge on opponent Steve Lonegan in one of this year’s hottest (some would say “ugliest”) national Republican House primaries.

If it’s accurate, the “swing” reflected in these numbers is objectively impressive regardless of which horse you claim in this race.

Click here to view the polling memorandum obtained exclusively by Save Jersey. It details survey results from veteran New Jersey GOP pollster Adam Geller; his firm conducted interviews with 400 likely GOP Primary voters in CD3 this week, and he says the results show MacArthur leading Lonegan 37% to 28% after trailing Lonegan in internal polling by 50%-7% only several weeks ago.

Buoyed by what his campaign views as major numeric progress ahead of the upcoming primary vote, MacArthur appears to be enjoying his strongest week since the conclusion of convention season, having received “contender” status from the NRCC’s prestigious Young Guns program on Monday.

Meanwhile, losing the TV ad spending war by at least 3-to-1 by some early estimates (MacArthur had over $1.5 million more cash on hand than his adversary at the end of Q1), the Lonegan campaign continued to doggedly push a story line pertaining to three legal actions involving MacArthur’s old company, York Risk Services, one which has been parroted by allies in the national conservative media. Team Lonegan now says that MacArthur’s threat of legal action, in of itself, is validation of their potentially defamatory allegations.

“Like Hillary Clinton, MacArthur claim this is some right wing conspiracy,” said Lonegan spokesman Tim Kelly. “Does he believe that ABC News, the Burlington County Times, Philadelphia Inquirer, and so many other papers and news sources are part of this conspiracy? Each source has reported on how York delayed, mistreated, and failed to pay claims of the victims of tragedies.”

You can click here to read the responsive letter from the Lonegan campaign’s attorneys.

What matters in the final analysis, of course, is what’s getting through the white noise to Jane and John Doe Voter. Geller’s data suggests that MacArthur’s superior financial ability employed to introduce himself to CD3 likely primary participants, an effort which has financed not just paid media but also a full field program featuring several staffers spread over two counties, is yielding dividends over a relatively brief time period.

We’ll know for sure in under four weeks…