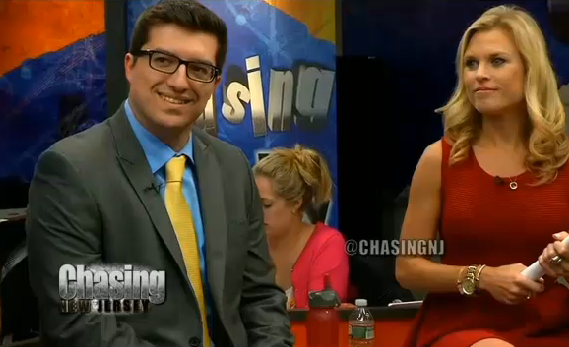 Our Blogger-in-Chief Matt Rooney stopped by the Fox29/My9 Chasing New Jersey studio on Monday afternoon to discuss the controversy which is still swirling around Rutgers University after Dr. Rice decided to withdraw as the 2014 commencement speaker… [viewing note: the segment was taped before RU announcement Tom Kean, Sr. as the replacement speaker]

“Listen, we hear so much from the left about diversity, about tolerance, about anti-bullying and apparently all that stuff only applies if it’s a Democrat or a Liberal being bullied,” Rooney said. “It’s a real problem for me that I’m subsidizing not what looks like a university, but a Liberal think-tank, it’s embarrassing.”