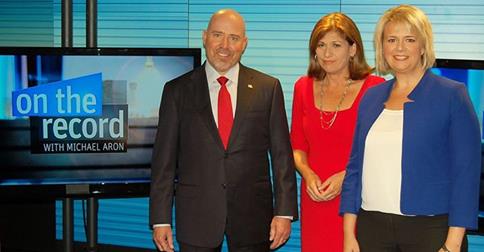 I’ve devoted a lot of digital ink to explaining why equal pay “mythology” has no place in the mainstream political discourse. Bad statistics, manipulated statistics, and culture mores exert a larger impact on gender pay inequities – to the extent they even still exist – than any species of discrimination.

But Democrats need to campaign on something, right? They sure as hell can’t run on their President’s record. So intellectual lightweights like Amiee Belgard resurrect bad arguments and try to beat their opponents over the head with them.

Tom MacArthur: “I support equal pay. What I’ve said is I want to make sure that the legislation that is on the books and that is adhered to results in equal pay, not just more litigation. I want to see women benefit, not just trial lawyers benefitting.”

Aimee Belgard: “I would absolutely agree with you on that. It’s about the women and about paying people fairly for the work that they do.”

Tom MacArthur: “Well I’ve never advocated or practiced anything otherwise and it didn’t have to be 2014, I’ve done that for decades.”

Now, I don’t agree that legislation has any impact whatsoever on gender equity in the workplace. I completely understand why Tom doesn’t want to get bogged down in that rhetorically impossible argument.

I do, however, think Republicans generally need to do a much better job of articulating why equal pay legislation is a solution in search of a problem.

TMac did touch upon one incredibly important point: he’d practiced what liberals like Belgard like to preach “for decades.”

There’s no replacement for a morally-rooted culture in a free society, Save Jerseyans. This is what Jefferson and Adams were talking about when they said a republic couldn’t survive for long without a requisite level of “civic virtue” among the general population. At the moment, our government is dominated by moral hypocrites like Barack Obama who preach “equal pay” but don’t practice it when they have the opportunity. And Jon Corzine-types, who permit billions of average Americans’ dollars to disappear on their watch without ANY consequences being handed down, likely due to their ample political donations handed off to the right people. And all of the big GE-type corporations who don’t pay taxes because of their relationships with powerful politicians. Or the car companies who take taxpayers dollars and never pay it back.

Has Freeholder Belgard petitioned the White House to starting paying women equally? Somehow I doubt it. She’s content to sit down, shut up, and let the DCCC do her lying for her. How liberated…