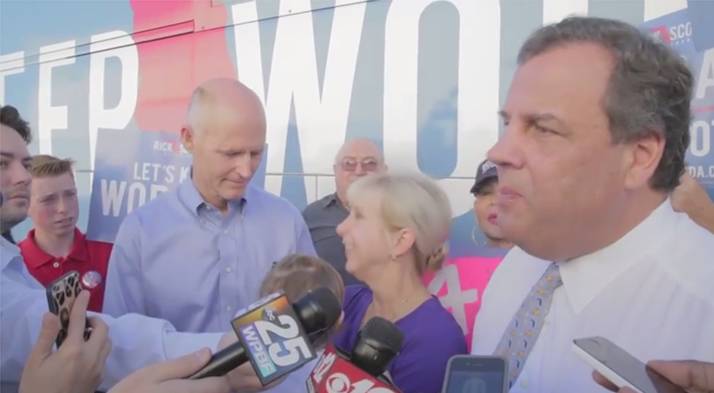 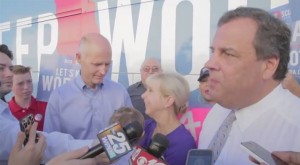 Gov. Christie had promised during his Fox News Sunday appearance that “the CDC eventually will come around to our point of view.”

What he didn’t anticipate? The Left attempting to change our collective memory of the Governor’s position!

Specifically, the media is doing the best it can this morning to break up the Andrew Cuomo/Chris Christie Ebola response alliance since it makes the Administration’s response look even worse in comparison, Save Jerseyans, but the Christie Administration said last night that it’s not absolutely changing its quarantine plan under pressure from the White House even though the media is stubbornly insisted that they already have changed it (despite evidence to the contrary).

“New Jersey is not changing its quarantine protocol,” said Governor’s Office spokesman Kevin Roberts. “The protocol is clear that a New Jersey resident with no symptoms, but who has come into contact with someone with Ebola, such as a health care provider, would be subject to a mandatory quarantine order and quarantined at home.  Non-residents would be transported to their homes if feasible and, if not, quarantined in New Jersey.”

He’s right. Media-types are trying to spin the home quarantine element as a reversal of sorts, again, for political reasons. They want it to look like Obama won one (and Christie lost) after a nurse who visited West Africa, presumably to combat Ebola there, returned to New Jersey and got pissed off when we didn’t want her to spread it here.

They’re wrong. Roberts’s release recalls how going all the way back to October 10th,  “in response to a violation of a voluntary quarantine agreement by an NBC News crew, the New Jersey Department of Health issued a Mandatory Quarantine Order through remainder of 21-day period (October 22nd) for the NBC Crew.  That mandatory quarantine required the crew members to stay in their homes.“

“Travelers who are New Jersey residents will quarantine in their own homes,” said Department of Human Services Commissioner Jennifer Velez back at an October 22nd press conference, 10/22/14.

“Those who are forcibly quarantined will be confined either to their homes or, if they live in other states, to some other place, most likely a medical facility, the governors said,” confirmed Marilynn Marchione in an Associated Press report just three days later.

Back on October 22nd, the NJ Department of Human Services (DHS) announced that it would transport asymptomatic at-risk individuals, in Roberts’s words, “to either a State temporary housing arrangement or an individual’s home, depending on whether the individual is a New Jersey resident or not..

So you tell me, Save Jerseyans, even setting aside for a moment how you feel about the quarantine itself: who is trying to keep citizens safe – and who is playing political games – in this dangerous situation?

Here’s the man himself talking Ebola from the Florida campaign trail on Sunday: