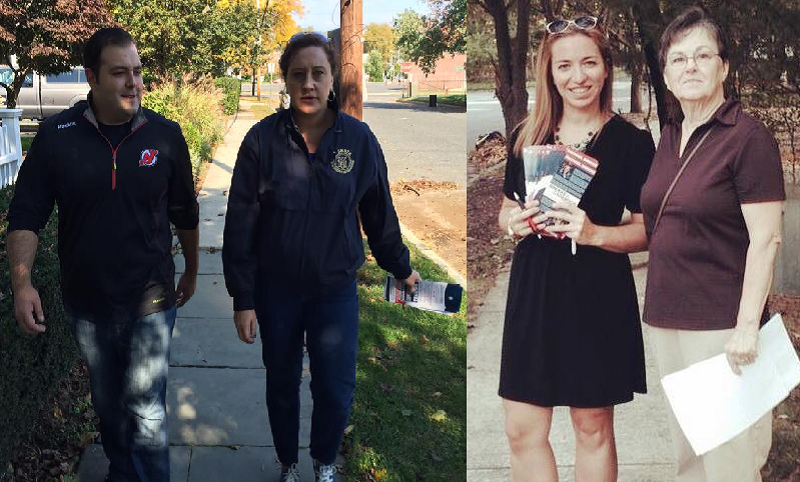 I don’t know if you’ve noticed, Save Jerseyans, but I’ve tried to highlight examples of Republicans doing good things in tough spots this cycle. Fresh sprouts breaking through the concrete if you get my meaning.

For starters, I wrote about the NJ GOP’s remarkably diverse 2014 House candidates; we also visited South Plainfield, a Middlesex County community where Republicans continue to produce majorities in the face of a large voter registration disadvantage.

Next up: meet millennial friends of mine running hard (and well) in blue Garden State municipalities.

Rachael Brekke, a 28 year old attorney and MBA with a dizzying record of community involvement in South Jersey, is pounding the pavement in her hometown of Voorhees, a 30,000-resident bedroom community that’s socio-economically diverse and decidedly liberal (a 2-to-1 Democrat town, it voted for Christie in 2013 but not ’09 and Barack Obama twice by very healthy margins).

Voorhees, after all, is nestled in the heart of Camden County, home base of the notorious Norcross Machine that’s managed to redirect House Majority PAC funds to a safe blue district… primarily to prove a point to North Jersey Democrat adversaries.

She’s unfazed by it all and, by all objective measures, making a splash along with her running mate David Adamson. Over the course of many months, Rachael has knocked a four-figure number of doors and met with various community groups that may not ordinarily interface with GOP candidates. If she and Dave win this year, they’ll join two-term Republican Michael Friedman on the township committee and break up a long-standing one-party monopoly.

“Confidence, integrity, and commitment are the qualities of great leadership,” Rachael shared when I asked her which lessons, if any, she had picked up from the campaign trail. “As a young, Jewish Republican female candidate running in Camden County, I knew from day one that this campaign wouldn’t be easy, but Voorhees Township’s response has been overwhelmingly positive. My neighbors want a new voice to advocate for a better approach to government. It’s time for a new generation of leaders to step up to the plate at a time when our communities need us.”

Sean Di Somma, 31, is on the ballot in Monmouth County’s Red Bank, a town located about 1.5 hours east of Voorhees that’s one-third of the size in terms of population but, in terms of voting habits and realities, very much similar.

I wanted to pick Sean’s brain, again, to see what he was learning going door-to-door in a town where Republicans need to work extra-hard to establish credibility. “As a young Republican and as one of the youngest GOP Municipal Chairs in the state, I have a unique perspective on what it takes to build a real coalition that it takes to challenge and hopefully win in a very blue town,” Sean said, recounting all of the work that’s gone into making this year’s run possible.

“The formula is simple: challenge them on their bad governance, begin to bring your local hardcore Republicans into the fold, raise as much money as you can and perform outreach to non-traditionally Republican voting blocs,” he continued. “This is the formula that makes old Democratic machines like the one we have in Red Bank quake in their boots.”

He’s not kidding; apparently, the Democrat slate just no-showed a 150-attendee public forum and continue to ignore calls for debates.

One thing that Sean has but Rachael doesn’t is a strong GOP presence elsewhere in the county.

Of course, all of the youth, ideas and support in the world are no replacement for sound campaign fundamentals. “The campaign that’s being run in Red Bank is textbook. Sean’s a young, energetic candidate, and his campaign reflects that.  It’s all about the grassroots,” shared Monmouth GOP Executive Director Tom Szymanski. “Sean and Linda [Schwabenbauer] are knocking on doors, two and three times in some parts of town, reaching across Party lines, and venturing into neighborhoods and organizations where Republicans don’t traditionally venture into. In a town like Red Bank, Republicans need to run an aggressive campaign and we’re doing just that.”

And Sean isn’t the only one doing it. Nor is Rachael. Each of New Jersey’s 21 counties has at least one intrepid young gun GOP’er like them, Save Jerseyans, and if at least a few of them break through this fall (or next fall), we might just live long enough to see this state party renewed and our state saved. One door knock, phone call and pasta dinner at a time.