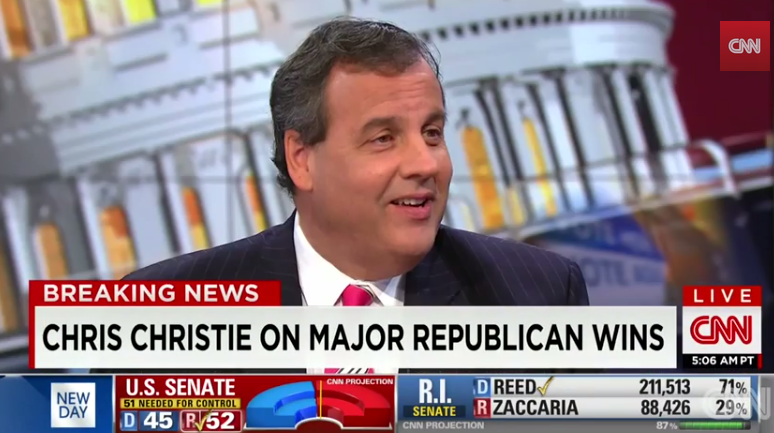 Gov. Chris Christie may prove to be the single biggest winner of Election 2014, Save Jerseyans, and he proudly let the mainstream media feed that perception during a marathon Wednesday morning talk show blitz.

An RGA morning-after memo credited decisions made long before Labor Day. “These early investments helped to fundamentally change the landscape of the race and ultimately led to victory,” opined Phil Cox, the RGA Executive Director. “In Ohio, New Mexico, South Carolina, and Iowa, our incumbent governors went from single-digit leads earlier this year to healthy double-digit leads, thanks, in part, to the RGA’s early investment.”

He had put everything on the line, gambled on long-shot races in MD and MA, dodged media-fed attempts to create distractions and walked away with a net GOP gain of governor’s mansions. Still think he can’t win the GOP primary? Fine. But it’s impossible to argue that his narrative got anything but better after last night’s results.

When will a decision be made? I’m hearing tons of stuff here on the ground (as I’m sure you are) but the Guv still isn’t coughing up any hints: