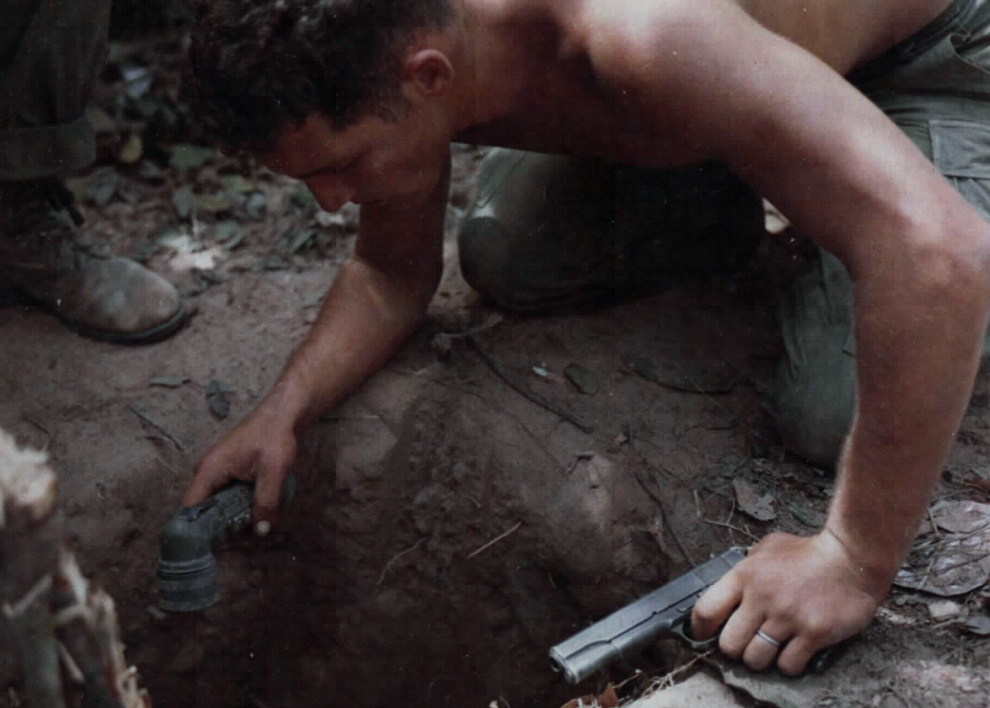 I’m thinking of my World War II veteran grandpop today, Save Jerseyans, who earned two bronze stars but never told us about it (we found out at the funeral). It was typical of his generation! Most Americans will pause at some point this Veterans Day to remember that person or those individuals in their own lives who sacrificed overseas to guarantee liberty on our own shores. Rightly so. Young men and women of the American armed forces have been making the world safe for democracy for almost 2 1/2 centuries.

Gratitude for U.S. military vets hasn’t always been free-flowing. The ongoing VA scandal serves as a stark reminder that our priorities still aren’t always properly configured decades after the Vietnam generation came home to jeering, spitting, and various other forms of overt discrimination from assorted commies, wackos and hippies who now, in many cases, occupy positions of power in the U.S. government. But I digress…

The video short post below, produced by the New Jersey Vietnam Veterans’ Memorial Foundation in 2013, is enough to make you want to cry over how some of these guys were betrayed by their countrymen. Honor them today; think of it as emotional reparations after long years of abuse: