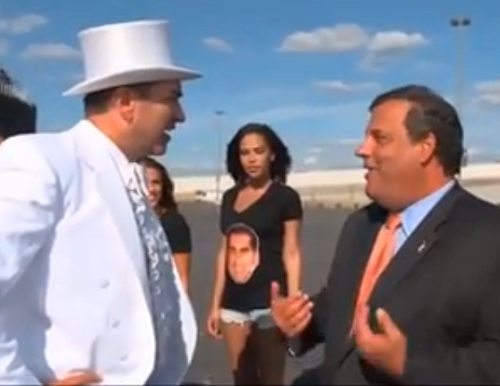 In 2006, Corzine along with Richard Codey gave their blessing for the development of a new football stadium for the Giants and Jets at the Meadowlands Sports Complex. The Giants built their own new training facility on a site within the Meadowlands Sports Complex, while the Jets selected a site in Florham Park for their new headquarters and practice facility, a site was formerly the headquarters of Exxon.

Neither league used “New Jersey” in their team name. The Jets talked past this criticism and explained that, by relocating from Long Island, its organization would generate a number of local jobs and more than $10 million in new annual tax revenue.

George Zoffinger, former president of the New Jersey Sports and Exposition Authority, who was involved in the state’s negotiations for the new stadium, had stated “The stadium deal is one of the biggest real estate heists in New Jersey history; they got rolled by three New York billionaires.” He nailed it: the deal resulted in significant financial benefit for the teams who ended up having to pay the state very little out of their own pockets.

The state gave the Jets and the Giants 20 acres each for training facilities, as well as the right to develop 75 acres into a sprawling development of stores, restaurants and entertainment sites. The state spent over $250 million on improvements to surrounding highways, construction of a new train station, utilities and other infrastructure benefits. And the teams got control of the hundreds of acres of parking lots surrounding the stadium.

Under the old Giants Stadium financing method, New Jersey took in about $20 million a year in tax revenues. Under the new deal, the Giants and Jets would pay about $6 million a year in taxes, or roughly 20% of what the property would generate if it were privately held and taxed at the rate that most other businesses pay.

The Giants and the Jets no longer had to share the revenue from parking, suites or premium club seats, or the roughly $100 million a year in revenue from concerts, naming rights and a handful of top-tier or “cornerstone” sponsors.

In return for the stadium land, the parking lots and development rights, the Jets and the Giants pay the sports authority a paltry total of $6.3 million a year in rent and other payments.

And though the teams reluctantly covered the cost of demolishing the old stadium, taxpayers are still paying off about $100 million in bonds on a building that no longer exists.

The old Giants Stadium, demolished to make way for New Meadowlands Stadium, still carries about $110 million in debt, or nearly $13 for every New Jersey resident, even though it is now a parking lot.

You’re astonished! Well, I’m going to tell you exactly how that happened New Jersey: our politicians, our representatives, our leaders spent the money that was originally intended to pay off the debt on other things. Oh gee, we wouldn’t have thought those revenues would be diverted to other programs and the stadium debt would get refinanced! [sarcasm]

The authority had promoted Xanadu, and has spent the entire $160 million in rent payments it received from the developers. Some of the money was meant to pay off debt associated with the arena and the stadium, and was supposed to last 15 years.

In 2010, New Jersey taxpayers already under pressure from declining local government revenues, paid $35.8 million in principal and interest on the $266 million in remaining bonds for the Meadowlands Sports Complex. Those bonds will not be paid until 2025.

Security, mass transit, local promotions come at a cost. The 2014 Super Bowl rewarded the residents of New Jersey with a bill of at least $17.7 million in tax costs.

NYC has around 92,000 hotel rooms, and if you are staying in NYC in a room, you need to go to dinner. How much money stayed in New Jersey?

Neil deMause, who co-wrote “Field of Schemes” (Bison) and blogs at a website with the same name, wrote “The problem with tearing down stadiums early isn’t the debt; it’s the revenues that you’re giving up by allowing teams to move into new buildings with sweetheart leases.”

Even if you are a fan watching from the comfort of your humble abode downing hot dogs and beer, just remember: you are still paying; you just don’t know it.

Politicians and fans alike have to stop thinking of these sports franchises as their much-loved teams. They are businesses that operate to make money.

Death and taxes are inevitable and so are the costs associated with sports. But adding insult to injury is not even having the team names associated with New Jersey but having to pay for outside teams.

The National Football League also generates about $9.5 billion in revenue each year.

Wait… those teams are non-profit aren’t they?

I could go on, but it is more important to focus on being upset that Governor Chris Christie is a Dallas Cowboys fan, while each and every one of us are getting ripped off… along with the mistaken belief we New Jerseyans have a team.