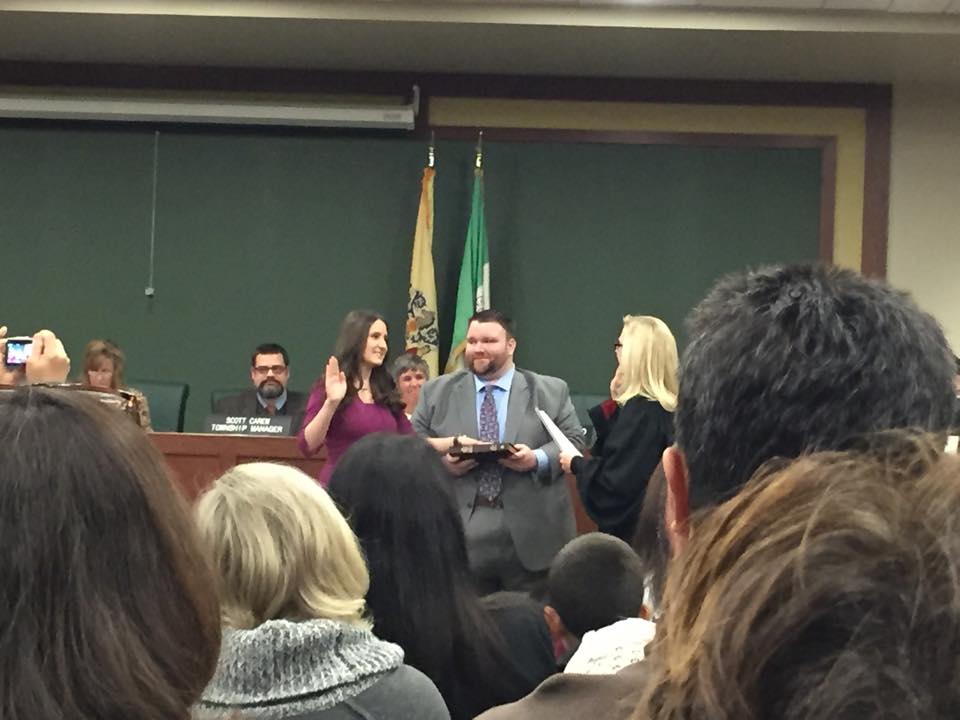 “So much for the Republican Party being the party of old white men.”

My friend Victoria Napolitano (R-Moorestown) got a lot of laughs with that quip at the beginning of her inaugural address at Tuesday night’s municipal reorganization, Save Jerseyans, but the truth underlying her statement was unassailable in light of not only the 2014 national results but also her own elevation to mayor of her 16,000+ resident South Jersey community at the impressive age of 26, its youngest leader of either gender.

She may, in fact, be the youngest female mayor in New Jersey history (it’s being researched).

What we do know: Victoria was top vote-getter in 2012 when she first joined council; this year, her 4-to-1 GOP majority added Republican Manny Delgado, the council’s first-ever Hispanic member. 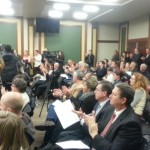 The contrast in party momentum was further illustrated, albeit inadvertently, by the council’s sole remaining Democrat, a geriatric-looking white gentleman ironically named J. Greg Newcomer (D, 2016) who, channeling Walter Matthau in Grumpy Old Men, provided the sole abstention (he didn’t have the intestinal fortitude to vote “no”) when the entire council voted on Victoria’s elevation to mayor.

I can understand why he’s feeling a bit peevish; there isn’t much hope for his party’s cause in the near term. Here’s (most) of the rest of her speech. Watch, listen, forget what I told you above and you’ll think she’s been in public life for decades, not just a few years:

Again, Victoria’s accomplishment, as indicated above, can’t be viewed separately from what’s happening across New Jersey (which I’ve covered extensively right here) and of course the country, too.

Some in our own ranks want to focus on the negative; they’re always going to be there, but at the same time, all of this is also indicative of growing pains. The GOP now boasts the largest state-level legislative majorities since the 1920s. Necessarily, those historic gains trickled down (or up?) at the local level even in states like New Jersey where gerrymandering mutes state-level gains.

So be of good cheer! As frustrating as it can be some days to associated with the Republican cause, when I hear new leaders like Congresswoman Mia Love and Mayor Victoria Napolitano speak to the issues of our day, Save Jerseyans, I can’t help but smile and rediscover ample justification to keep fighting.