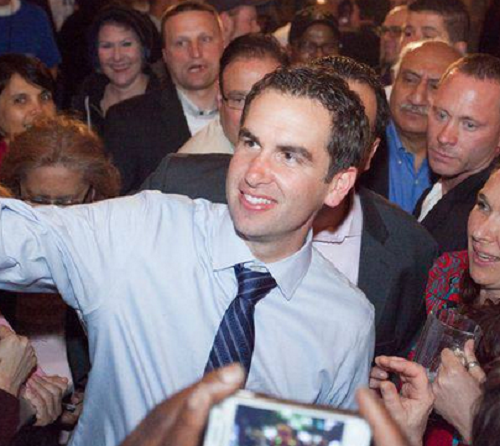 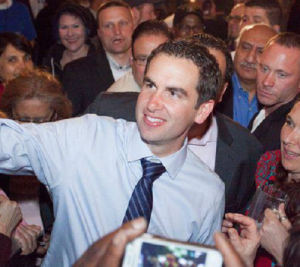 One of the Democrat Party’s leading 2017 gubernatorial candidates is a big of an enigma, Save Jerseyans.

He got elected as mayor of Jersey City with the support of Christie-affiliated Republican fundraisers. After dethroning Jerramiah Healy, he immediately began running for governor and turned on the Team Christie, even hurling Port Authority-related allegations of impropriety at his former tactical allies which, according to reports, have led to federal subpoenas.

“I am not sure if it is a coincidence that your office cancelled a meeting several weeks back that seemed to be simultaneous to other political conversations elsewhere that were happening,” Mayor Fulop wrote back in August 2013 to Bill Baroni, a central figure in the Bridgegate scandal. “Prior to that you were always very responsive and I sincerely hope the two issues are not related as it wouldn’t be in the PA, Jersey City or the residents of the state’s best interest.”

The dirt under his own fingernails? Nothing to see here…

In any event, the many faces of Mayor Fulop were apparently on display yet again at Tuesday’s State of the State address.

After the speech, he complained to the press about the Governor’s failure to mention ‘Jersey City’ by name.

During the speech? According to eyewitness accounts, while Newark’s Ras Baraka visibly laughed at Christie’s imploration for urban mayors to “put down the sword of partisan politics” in exchange for his “hand in partnership,” Jersey City’s Fulop stood… and applauded, joining the standing ovation.

I don’t know about you, folks, but I usually don’t afford a standing O to someone who I think deserves to be wearing orange…

Keep an eye on this young man. He’s exactly the type of politically-savvy hypocrite who tends to go far in New Jersey politics (before, of course, the eventual ethical downfall they all suffer).