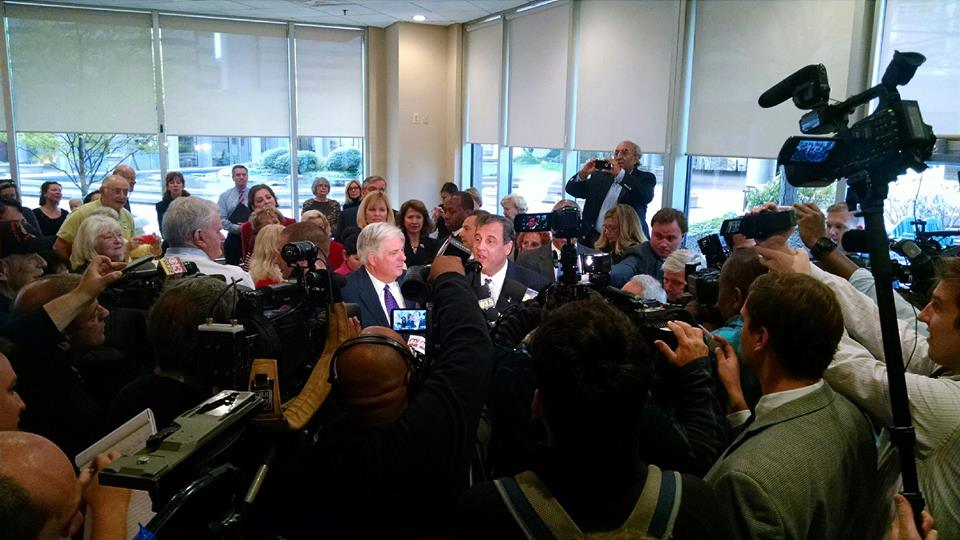 Governor Chris Christie is rallying behind his friend and 2014 RGA mentee Larry Hogan, Save Jerseyans, as his state’s largest city struggles to contain an outbreak of riots.

“I spoke directly with Governor Larry Hogan last night and let him know that New Jersey is offering our full support and solidarity with the City of Baltimore and the State of Maryland in their efforts to protect the lives and well-being of the people in that community while calm and order are being restored,” Governor Christie announced via Facebook. “Following my conversation with Governor Hogan, the New Jersey State Police placed an assessment team on the ground in Maryland, and our full deployment of State Police will unfold later today to help ensure a peaceful resolution for the city and people of Baltimore.”

It’s not an unprecedented move. In fact, Maryland troopers came to New Jersey in the aftermath of Hurricane Sandy.

In case you missed it, here’s Governor Hogan’s state of emergency declaration presser: