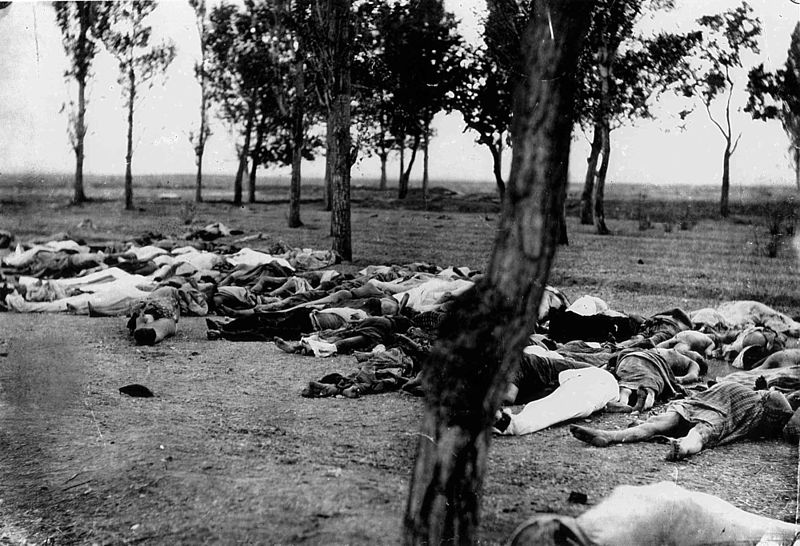 As his attorneys seek the dismissal of the 68-page, 14 count indictment hanging over him, and new revelations continue to come to light including a cameo appearance in the now-infamous Sony hacking leaks,  U.S. Bob Menendez (D-Ecuado, Dominican Republic) is continuing to do what he does best:

“I believe that when the President was Senator Obama, he had the right view, that this should be recognized by our country as genocide. It would have been my hope that, as President Obama, he would’ve finally brought our country into line with the historical reality of that time,” Menendez opined at a Hackensack commemoration ceremony for the Armenian Genocide Centennial:

Considered to be the 21st Century’s first genocide, somewhere between 800,000 and 1.5 million Armenian residents of present-day Turkey were systematically slaughtered by the Ottoman government in 1915.

U.S. Ambassador Henry Morgenthau wrote that scenes of slaughter were “common all over the Armenian provinces, in the spring and summer months of 1915. Death in its several forms—massacre, starvation, exhaustion—destroyed the larger part of the refugees. The Turkish policy was that of extermination under the guise of deportation.”

Theodore Roosevelt said it was “the greatest crime” of World War I.

President Obama has avoided the “genocide” label, however, to avoid offending elements within Turkey and its government.