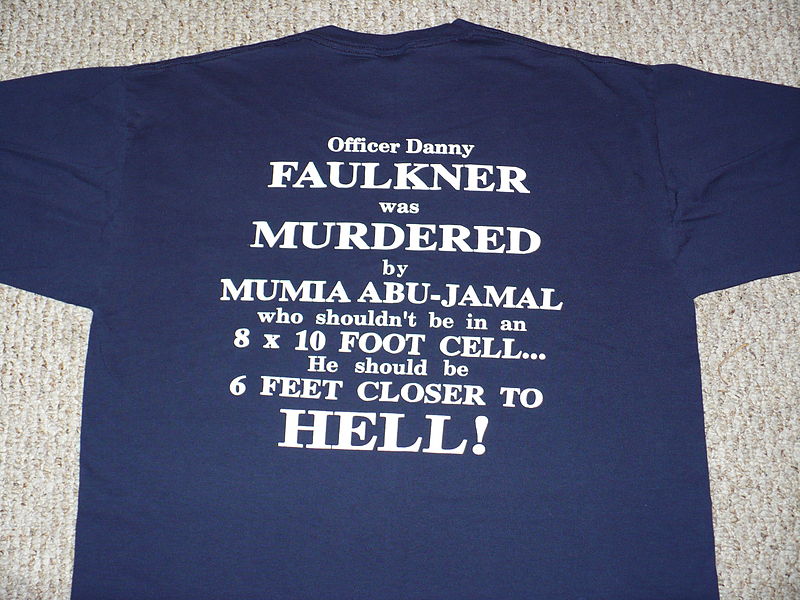 Chesimard, now Mumia. What a week…

The interwebs (as so of our seasoned Save Jerseyans refer to it) is going nuts this morning over the story of an Orange, New Jersey teacher who instructed her eight-year-olds into writing get well cards to Mumia Abu-Jamal, the convicted murderer of Philadelphia police officer Daniel Faulkner.

She even announced the project on Twitter, stating it was designed “to lift up his spirits.” Her Twitter page is down after Fox News was tipped off.

If there’s any justice, and she actually made this class author sympathetic letters to a cop killer, then hopefully her job will be the next item taken offline. [Update: Philly.com is reporting that she’s been suspended with pay pending an investigation.] 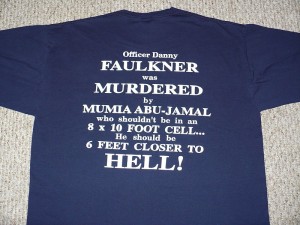 Still, I won’t hold my breath. This is the public school monopoly we’re talking about. Forgive me for being a little desensitized, but are any of you REALLY surprised by this?

Remember the Burlington County kids who were taught Obama praise songs? Not unlike what you hear from school children living in North Korea? Common core standards are being shoved down your kids’ throats and a spy network is monitoring their social media usage. A leading NJEA official recently admitted, on camera, that her organization would NOT support a non-unionized school even if it was high quality.

In case you haven’t noticed, the culture of our public school system is in the toilet, and no amount of money is going to fix it.

Look to the people in charge. It isn’t all teachers by any means, of course, but these NJEA wackos, their disciples, and a gaggle of overpaid administrators are in the driver’s seat. And newsflash: as I’ve made abundantly clear above, they don’t give a damn about your kids’ education! They’re after (1) power and (2) the advancement of their far-left ideology which includes, by the way, a racist worldview coupled with a blanket hatred of police.

Their protectors: curiously-silent Democrats kept in office with NJEA money.

Outraged by today’s ‘Free Mumia’ story? But you’re not yet engaged in the battle for school choice-oriented reforms? Well, sorry for the lecture, but it’s time to extract your head from the sand and get in the game. There’s a war on for your children’s souls, and this particular incident is not as exceptional in the public school system as we’d like to believe.