I’m going to put together a more comprehensive “races to watch” list for you before next Tuesday, Save Jerseyans, but the civil war in Morris County is almost certain to top the list.

It’s all mail blitzs and labor muscle in these final frantic hours, the majority of the latter, not regular features of Republican GOTV politics, are lining up behind Team Cesaro. And “how” the win happens could prove as consequential as “who” wins at the county level.

In case you missed it, the biggest non-IE shoe to drop down the home stretch amid a slew of party leader press releases was the endorsement of the GOP County Chairman John Sette; ordinarily a neutral figure in his county’s open primaries, Sette waded in to the muck this week to back Freeholder Dave Scapicchio, Freeholder John Krickus and Denville Councilwoman Deborah Smith in the freeholder contest after a wave Democrat-linked cash came into the county in support of Freeholder John Cesaro and his “Morris First” running mates: Christine Myers and Angelo Tedesco.

Sette’s apprehension is understandable even if you don’t agree with his decision.

The big question that EVERYONE is asking across the state: will Tuesday night’s Morris County results signal the official end of the “party era” in state politics as independent expenditures take over the process at the county/local levels, much as they did in the 2013 legislation elections? The down-ballot race in Parsippany, where Cesaro is strongest, will serve as a secondary litmus test.

Meanwhile, Krickus’s county slate is trying to narrow the gap with mail designed by veteran NJ GOP consultant Chris Russell (see right); after weeks of relative silence on the the topic, Cesaro’s team is now welcoming the Democrat/Labor backing with open arms and calling on Sette to recuse himself from Board of Elections-related primary election activities.

“Party by-laws clearly state that party officials cannot endorse in a Primary. They do not make a distinction between personally or as a party official,” said Morris First spokesman King Penna who has downplayed the support his team receiving from Democrat groups as evidence that the Cesaro team “represents the working men and women” in Morris County. “We are hopeful Bucco and Sette will do the right thing and step down from their positions in the Party, and in Sette’s case the Elections Commission, immediately.”

What’s clear: a Cesaro win, driven by outside spending, could signal a significant decrease in power for Sette and his party chair colleagues, on both sides of the aisle, in all 21-counties. Maybe you think that’s a good thing; perhaps you most definitely don’t. You can’t disagree, however, regardless of how you feel about IE spending and the candidates in this particular contest, that this apparent byproduct of the post-Citizens United represents a seismic change to our political system, one which won’t be easily reversed or tamed. 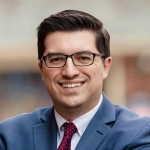 Matt Rooney
Save Jersey’s Founder and Blogger-in-Chief, MATT ROONEY is a nationally-noted and respected New Jersey political commentator. When he's not on-line, radio or television advocating for conservative reform and challenging N.J. power-brokers, Matt is a practicing attorney at the law firm of DeMichele & DeMichele in Haddon Heights (Camden County).
https://savejersey.com

Hunting for Unicorns with Milly Silva

By Scott St. Clair | The Save Jersey Blog Union boss Milly Silva’s self-serving, anti-business and anti-economic growth Asbury Park Press op-ed was par for the Labor Day course, Save Jerseyans. Expecting a serious discussion of employee-relations issues from a labor leader is like hunting for unicorns.  Ms. Silva is out to lunch in her […]

Have You Seen These Men?

FBI Releases Video, Photographs of Alleged Suspects in Boston Marathon Bombing By Matt Rooney | The Save Jersey Blog From today’s press conference: httpv://www.youtube.com/watch?v=qZRzB_nYkFQ Click here for more related resources and information from the FBI, Save Jerseyans.

ONLY when the people are united

By Scott St. Clair – The Save Jersey headline after the January 22nd Trenton Right to Life rally crowed “Hundreds rally for life on the New Jersey State House’s steps.” Compare that to what happened during a similar rally on the same day in Olympia, Washington, where I once lived, that drew over 5,000 to […]

2 thoughts on “A race that could change everything? Mailers, Big Labor invade Morris in final hours”