Christie: Go ahead, subpoena me! 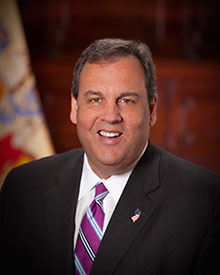 He’s got nothing to hide, Save Jerseyans.

That was Chris Christie‘s expressed attitude during a Tuesday fundraising swing through the Deep South, one which he has consistently adopted throughout the Bridgegate sage and, most recently, in a statement delivered after last Friday’s indictments came down.

“Listen, if they want to subpoena me, that’s fine,” Governor Christie reportedly told members of the media outside of a Flowood, Mississippi eatery. “I’ve fully cooperated with the investigation right from the beginning, and I’m happy to tell anybody everything I know, which I’ve done with three separate investigations now that have come to the same conclusion that I said the day after this happened. And so, you know, I don’t have any misgivings about that at all.”

He was questioned in person by investigators back around the holidays.

2 thoughts on “Christie: Go ahead, subpoena me!”