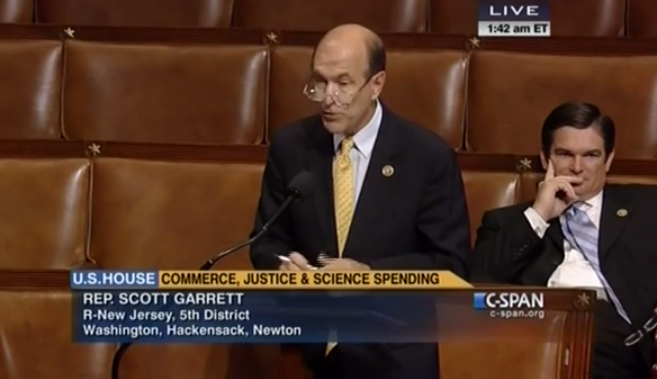 Liberal never, ever learn, Save Jerseyans.

Indiscriminate lending practices helped catalyze the 2008 Financial Crisis. Under Barack Obama? The Department of Justice continues to shake-down lenders, landlords, and insurers for “disparate impact” (defined as allegations of discrimination on the basis of race or other factors that disproportionately impacts a particular group or groups, albeit unintentionally).

The end result? Lenders need to engage in riskier lending out of fear of HUGE legal judgments rather than on the basis of sound, rational, neutral standards of creditworthiness.

This week, Rep. Scott Garrett (NJ-05) successfully pushed an amendment to H.R. 2578, the Fiscal Year 2016 Commerce, Justice, and Science Appropriations Act through Congress that seeks to end this insanity. “While everyone agrees that discrimination has no place in the lending practices of any respectable institution, the application of disparate impact theory has had devastating impacts on law-abiding businesses who have diligently maintained fair and consistent lending standards,” said Garrett. “The federal government should be encouraging sound business practices, not punishing those that utilize them. I thank my colleagues for taking a stand for small businesses and reinstating equal protection under the laws as guaranteed in our Constitution by the Fourteenth Amendment.”

One thought on “Garrett leads charge against “disparate impact” ideology”