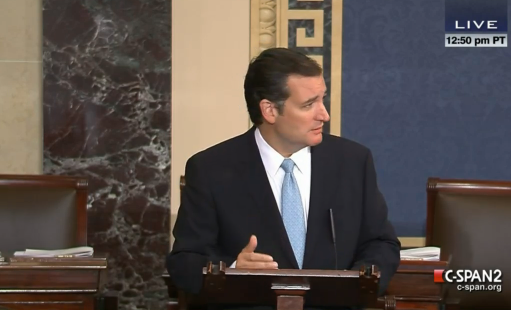 How many times over the past few years has Steve Lonegan had his head handed to him by New Jersey voters both in primary and general elections? Whatever the number – try seven times – it’s sufficient to prove that they don’t want him, they don’t like him and whomever he supports won’t get their vote.

It’s apparent, then, that the Ted Cruz campaign has decided not just to write New Jersey off, but to piss New Jersey off by naming Lonegan chair of the Cruz presidential campaign in the state.

Of course, given the blue complexion of the Garden State – and that’s the Republicans – a Cruz candidacy wouldn’t get much traction anyway. But with Lonegan in charge, it’s going to sink like a manhole cover in a lake. 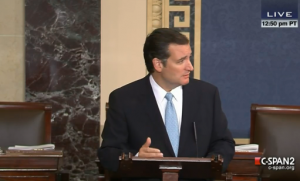 Given his penchant for fumbling the political football like a rookie with greased hands – how’s that flat-tax proposal working out for you, Steve? – and since whatever Steve Lonegan politically touches he kills, are we seeing a secret death wish on the part of the Cruz campaign?

Breaking his promise — what else is new? — to quit elective politics after he was thumped in last year’s primary for a Republican congressional nomination in the 3rd District. Now, despite the hopeful predictions of many, he’s back. Why? If he’s hoping that a top appointment in a Cruz administration will be his when he pulls a miraculous political rabbit out of his hat, a pandering gambit I’ve seen him unsuccessfully try before (DISCLOSURE: I spent a short time working for Lonegan in 2012), then he might as well buy some Powerball tickets because his odds are better.

Given that Lonegan was on the stump in Iowa with and for Kentucky Sen. Rand Paul, a Cruz opponent, back in February, it’s not hard to connect the dots to see a Lonegan switch-of-convenience less for the worthiness of the Cruz cause and more for a grab at what he hopes will be Cruz coattails. That and a unicorn for his birthday.

Or maybe he sees this latest gig as one more way to shove a stick in Gov. Chris Christie’s eye in his never ending vendetta against the governor for humiliating him at the polls? But think what you will about Christie and his probable run for the GOP presidential nomination against Cruz, somehow I don’t think Lonegan’s seething resentment against him causes the gov to lose much, if any, sleep. 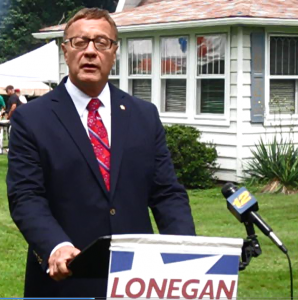 There’s also the possibility that Lonegan is in it for the money. Presidential campaigns spend a lot of it, sometimes on the spur of the moment in the hope of capitalizing on an opportunity or an opponent’s mistake. Political consultants are very good at raising those hopes or pointing out those opportunities and raking up whatever spare change might happen to by lying around – for a fee.

Always in the Lonegan shadow is Rick Shaftan, just such a consultant. Even after Lonegan was forced to part ways with Shaftan during the 2013 U.S. Senate run for an out-of-control rant, there he was again lurking about the fringes of Lonegan’s 2014 run for Congress. If you didn’t know better, you’d suspect they were born conjoined twins since when Lonegan runs, it’s Shaftan who strategizes the run. Will the Cruz campaign in New Jersey retain Shaftan’s firm, Mountaintop Media, despite his well-documented track record of using divisive campaign tactics and giving profanity-laced interviews? Time will tell, but it’s fair to note that it’s hard to remember a Lonegan campaign where Shaftan wasn’t around – for a fee.

Decades ago, Harold Stassen, who once served as governor of Minnesota, was considered a standing political joke because of his perennial runs for whatever office was available, most notably and frequently, the presidency of the United States. In the beginning, he was taken seriously because he did a few good things, but after that and because he thought more highly of himself than he ought, he didn’t get the message that the voters weren’t interested, so he became a caricature of himself. While in it for nobody but himself, at least he wasn’t a Scotch-swilling, cigar-chomping, snarling Jersey bar brawler-wannabe like his Garden State Mini-Me.