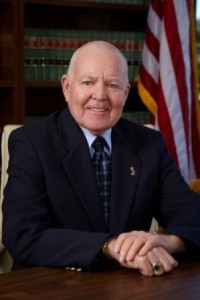 Assemblyman Ron Dancer (R-12), who like any sane person has been HORRIFIED by the release of eight (and counting) undercover Planned Parenthood videos, is proposing two pieces of legislation to combat that organization’s heinous behavior, Save Jerseyans, and you’re going to approve.

The first bill increases penalties for selling the aborted babies’ body parts. The second establishes criminal penalties for physicians who, according to the accompanying release, “fail to inform patients if the decision to donate fetal tissue will alter the nature, performance or timing of the abortion procedure.”

“The videos of Planned Parenthood officials charging for fetal body parts are inhumane and disgusting,” explained Dancer, a veteran legislator who represents portions of Ocean, Burlington, Monmouth and Middlesex counties. “Destroying a viable life is horrific enough, but to think that body parts can be sold to the highest bidder as if one were on a shopping trip is beyond belief. While I am a believer in the sanctity of life, even those who are pro-choice, find the profiteering of body parts despicable.”

While what Planned Parenthood did is already a violation of both federal and state laws, Asm. Dancer’s proposed legislation upgrades the crime in New Jersey from a third degree offense to a more serious second degree crime that would be punishable by anywhere between 5 to 10 years in state prison and a hefty fine of up to $300,000. The companion legislation creates a fourth degree crime for offending physicians punishable by imprisonment of up to 18 months and a $10,000 fine.

“Sound ethical principles must include a physician detailing the potential risks in donating fetal tissue from an abortion, especially when a procedure is altered to retrieve certain intact and undamaged body parts.” Asm. Dancer continued. “Communicating the process involved and making her aware of the risks are a doctor’s fundamental and ethical responsibility. It is crucial this discussion occur before an informed consent is signed and there is a full understanding of what it is involved.”

Let’s rally around him. Click here to contact Chris Christie and here to find your legislators’ information.