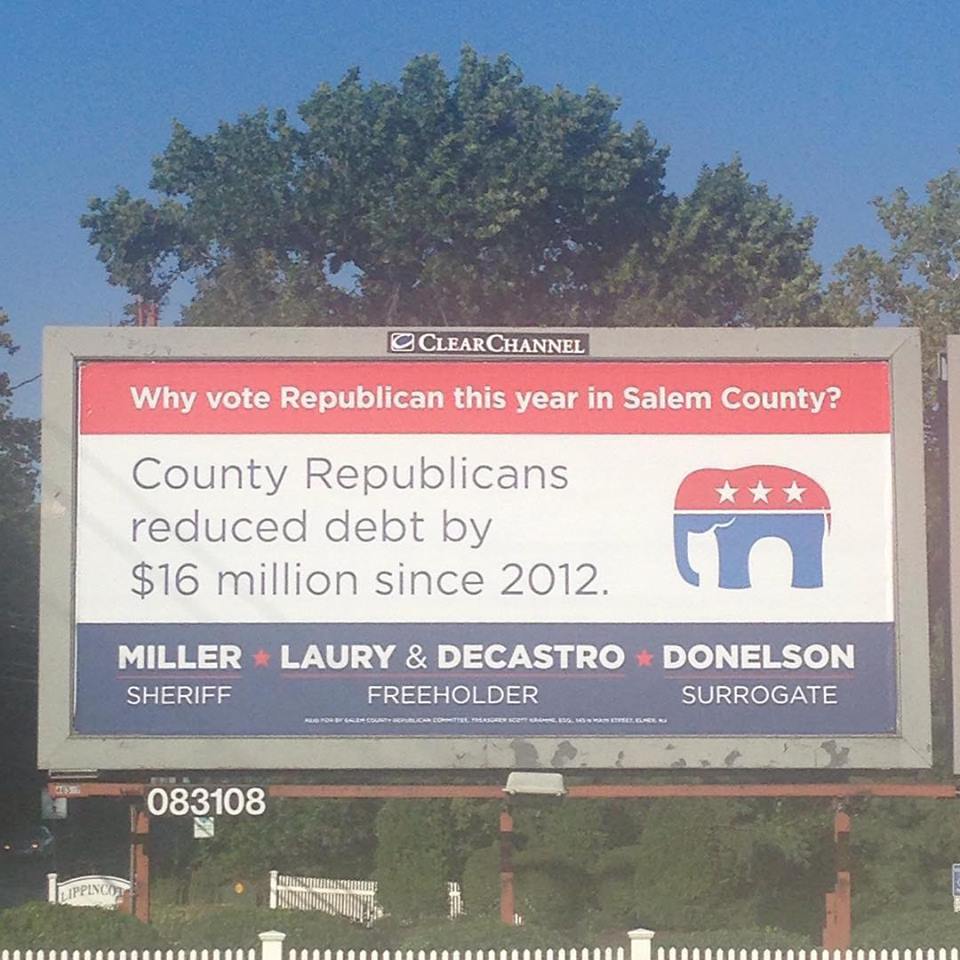 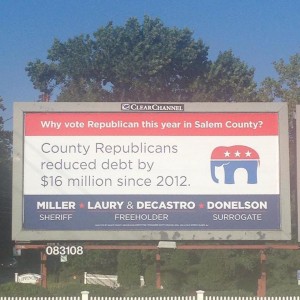 We’re used to incumbents talking about everything BUT their records in a reelection cycle, Save Jerseyans, so when a majority party can happily tout what they’ve done (without lying, of course), it’s a refreshingly unique thing.

Welcome to Salem, New Jersey’s rural Southwestern county where you can actually detect a little bit of Dixie in some of its residents’ twangs. With the Republicans’ current control of the freeholder board by a 5-to-2 margin, control of the board is not at stake in November 2015. The GOP team led by two-term Freeholder Ben Laury and joined by newcomer Melissa DeCastro is aiming to replace Democrat Beth Timberman with the latter by campaigning on a debt reduction success story of which Trenton could only dream.

It won’t be a walk. Cory Booker and Steve Sweeney are co-headlining a fundraiser for the Democrats at Pennsville’s Riverview Inn.

I like their chances all the same. You and I know party matters and elections have consequences. Having something to point to is always easier than the alternative!