Public-sector unions met their match in California teacher. We need her in New Jersey! 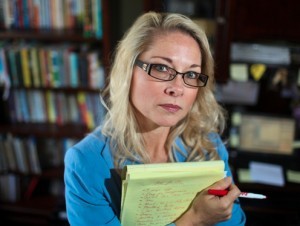 Little noticed at the tail end of this year’s Supreme Court term was the scheduling of a case for the 2016 session that begins on the first Monday in October that has the potential to shake what’s left of the American labor movement to its core, possibly fatally wounding it. That Friedrichs v. California Teachers Association will be a big deal in New Jersey as well as throughout the country is an understatement.

In a nutshell, the case could instantly convert all unionized public-sector employment in the United States from the lowliest sewer district through the federal government to open-shop, right-to-work status by outlawing compulsory union membership and dues payments for government workers. This is a real game changer, the biggest momentum stopper in American employee and labor relations since the PATCO strike in 1981.

This would, of course, include New Jersey, where 344,000 government workers – 62.1 percent of the public-sector workforce, the third highest in the nation – are union members or are required to pay a representation fee in lieu of membership. Jersey big boys include the New Jersey Education Association, the teachers union with a total membership of 195,501, and the Communications Workers of America, which represents 55,000 state, county and local-government employees.

Rebecca Friedrichs and several other California public school teachers objected to being forced  to pay dues to a union, something they believed violated their constitutional rights of free speech and free association.  The Supreme Court agreed to hear the case one year to the day after its decision in Harris v. Quinn, an Illinois case that held that, because of their unique nature as quasi-public employees, home healthcare workers who are paid by the state to care for an elderly or disabled person, often a family member, cannot be compelled to join and pay dues to a union. 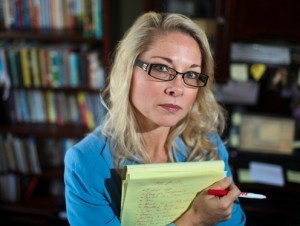 Of course, unions cry “Foul!” claiming that compulsory unionization is the only way they can survive.

While Harris left intact Abood v. Detroit Board of Education, a 38-year-old decision that upheld a compulsory dues requirement for public-sector workers, New Jersey’s own Justice Samuel Alito, who wrote the Harris opinion, went to great lengths criticizing it suggesting that, given the right facts, the Court would eagerly overturn it.

Then along came Rebecca Friedrichs with what looks to be the ideal fact setting.

Whatever decision there is in Friedrichs will be applicable only to public-sector unions since the First Amendment protects against government infringement, not private-sector actions.

Unions today are primarily a government-worker’s game. With a scant 6.6 percent of private-sector workers unionized, while over one-third of public-sector workers belong to one, union growth opportunities, power base and revenue stream no longer lie with factory hands, store clerks or building-trades workers, but with bureaucrats.

If the Supreme Court kicks the legs out from under the compulsory-membership and dues scheme, you can expect to see happen nationally what happened in Wisconsin after Gov. Scott Walker’s labor reforms decimated that state’s unions: membership and resulting dues revenue drop faster than a manhole cover in a lake.

Don’t kid yourself that most union members are loyal acolytes of an organized working class – they’re in a union because they have to be in it to keep their jobs. When the club of job-loss can no longer be held over their heads, many head for the membership-exit by quitting the union with no regrets.

You can also expect to see state-by-state efforts to enact right-to-work legislation for private-sector workers bolstered. Since they’ll have it for public-sector workers, why not make it across the board?

Also, states where worker-rights advocates who want an end to forced unionization have struggled against strong opposition from labor and its allies in legislatures controlled by Democrats will see that opposition rendered moot.  And states where other issues high on labor’s radar are roiling about could see them blunted if not outright thwarted. The enormous lobbying influence exerted by public-sector unions, particularly teachers unions, will be diminished as their members and revenue likewise diminish. 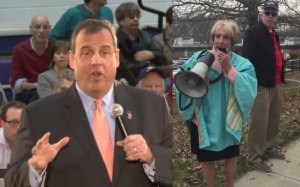 In New Jersey, the stakes are enormous. In between presidential campaign stops, Gov. Chris Christie is locked in a battle with public-sector unions and their Democratic allies in Trenton over retirement funding and other state spending. NJEA takes every opportunity possible to rip into the governor, even calling on him to resign. The governor gives back better than what he gets, however, calling teachers unions, “The single most destructive force in public education in America,” and that they “deserve a punch in the face” because they’re bullies.

Instead of a punch in the face by the governor, imagine the Supreme Court giving them a kick in the you-know-where.

When dues drop, campaign contributions, primarily to Democrats, also drop. Public-sector unions, especially teachers unions, are among the biggest big-buck bundlers in politics today. The National Education Association and the American Federation of Teachers combined to give almost $50 million during 2013-2014, while the American Federation of State, County and Municipal Employees ponied up $10 million.

In New Jersey, the NJEA is considered to be the top special interest group in the state, spending almost $20 million in campaign contributions, independent expenditures (PAC money) and lobbying in 2013. From 1999-2013, the NJEA total is over $57 million.

In Wisconsin after compulsory union membership was abolished, two out of three public employees simply quit the union and stopped paying dues. Imagine politics and labor-management relations if that happened in New Jersey. Imagine NJEA and CWA gutted numerically and financially. Imagine Gov. Christie no longer having to do battle with on obstinate and politically powerful (because of money) gang of labor bosses.

But don’t count them out since the unions will do all in their power to stifle workers’ rights, including lying to them about their right not to join, something that was seen among home healthcare workers after  the Harris decision.

No wonder Harvard Law School professor Benjamin Sachs, quoted in The Los Angeles Times, said Friedrichs “may well be life or death for the unions.”

If Rebecca Friedrichs wins in the Supreme Court next year, it will be the best evidence yet that blondes do have more fun.

5 thoughts on “Public-sector unions met their match in California teacher. We need her in New Jersey!”