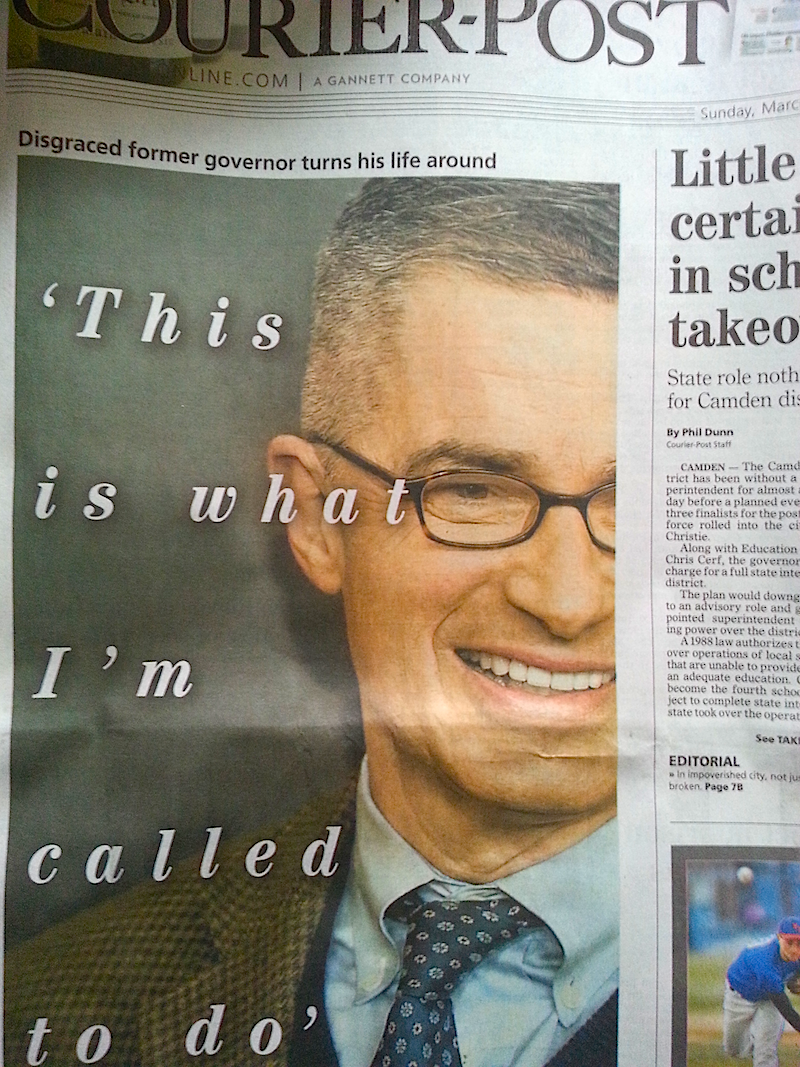 We’ve been over this… and I hate being proved right. Again.

It gets old for me, too.

The disgraced ghost of New Jersey’s political past James McGreevey, paid $110,000 to serve as executive director of Jersey City’s employment and training program by gubernatorial hopeful Steven Fulop, will now reportedly take home a fat $66,837 annual pension (plus lifetime health benefits) according to a report this week in The Jersey Journal. The first check already went out on September 11th!

No, this isn’t a gag, Save Jerseyans.

McGreevey conveniently found God, and then lifetime health benefits. On the taxpayers’ dime. Not bad! Maybe I need to start praying a little harder?

The Journal’s Terrence McDonald does a great job of explaining how the disgraced Democrat pulled it off with Fulop’s assistance. Long story short, “[t]he Democratic former governor, enlisted by Jersey City Mayor Steve Fulop in 2013 to run the autonomous JCETP, joined the county payroll on March 27 and retired effective Aug. 1. His salary was $75,000, according to Kennelly,” the county spokesman.

The purported reason for moving around the city and county payrolls? To jump start a prison reentry program center that the community hates so much it unceremoniously booted Saint McGreevey from a recent meeting. So he hasn’t even earned the money.

You can get the full story here.

Three things to think about walking away:

(1) Can we please agree how it’s ridiculous that we still let individuals pad their pensions and benefits with these short-term mini-jobs at the end of their careers, especially one which ended in infamy? It’s absurd;

(2) And shame on all of you out there in Useful Idiot Land, especially the Republicans who know better, who fell for this guy’s predictably self-interested shenanigans; and

(3) Finally, as McDonald also pointed out in the story referenced above and this follow up, Mayor Fulop has talked out both sides of his mouth on this issue. He pushed to change this process as a councilman, and is still talking about it, all while knowingly helping McGreevey game the system at the taxpayers’ expenses. Will a future Democrat or Republican rival summon the intestinal fortitude to call him out on it? I won’t hold my breath…