Father Kevin Carter: a martyr of a different kind? 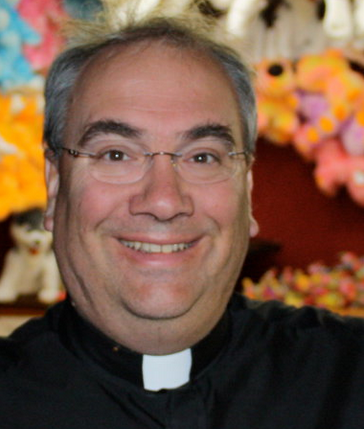 As an attorney in my extra-blogging existence, Save Jerseyans, I ordinarily cringe when the media wants to convict (or exonerate) defendants before we even have all the facts. The temptation is understandable but it doesn’t aid the cause of justice.

I’m going to make an exception in the case of Father Kevin Carter, the Little Ferry-based Roman Catholic priest over at historic St. Margaret’s who plead not guilty this week to charges stemming from allegedly pointing a Civil War-era musket at an 8-year-old parishioner.

This case is b%*$#@&t, folks. We know because there is already a significant, undisputed fact: the musket was unloaded.

Father Carter’s attorney “said the alleged incident took place in between two masses occurring that day. Cassidy said Carter had the gun in his hand because he was showing it to fellow Civil War buff and churchgoer Richard Fritzky, but he does not believe he pointed the gun at the boy” per The Bergen Record.

The boy was there, according to defense counsel, because they happened to bring him to see Father Carter in between masses to talk football; the kid is a Cowboys fan and Father Carter is a notorious Giants fan. I’m setting my Eagles fandom aside here given what’s at stake! 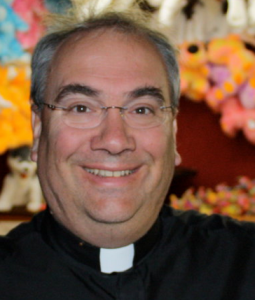 The Superior Court set bail at $15,000 at the time of arraignment on one count of aggravated assault (a fourth degree crime in New Jersey) for allegedly pointing the antique gun at the child and, because the child is a child, Father Carter also got nailed with a single count of endangering the welfare of a child (a third degree crime). He’s looking at serious jail time unless he beats the charges. Or they’re downgraded… maybe dropped? The maximum sentence is five years in prison for child endangerment; the assault charge could fetch 18 months.

Let’s assume that the anonymous parishioner complainant’s reported version of events is accurate, that this priest invited the boy to the rectory, had him stand up against the wall, and pointed the musket at him over some friendly football razzing. Let’s also assume he didn’t follow best practices for handling his weapon…

Seven years in jail? Really??? The ancient weapon was unloaded! There was NO risk of harm and obviously no intent of harm, either, even assuming someone directly involved (excluding the complainant) felt threatened or concerned. Apparently no one did to our knowledge.

But this is New Jersey 2015, and almost once per week anymore I’m reporting to you a new outrageous human casualty of this state’s absurd gun laws. Average citizens are criminals but the criminal politicians get away with everything.

The case of Shaneen Allen is only the most infamous recent example. As Former Morris County Prosecutor Robert Bianchi explained to our buddy Bill Spadea over at NJ 101.5, stuff like mandatory sentencing minimums and pseudo-strict liability crimes might make sense for drug dealers and gang members but they sure don’t help create a safer society when applied to ordinary citizens.

It’s inarguable. Newark’s streets still resemble the Wild West – absent the charming saloons and piano music – while harmless history buff clergymen and self-defense conscious single moms are threatened with serious Garden State jail time. Our politicians make it up as they go along, and the masses consequently, and unsurprisingly, find it harder to prioritize. America isn’t going to make it to its 250th birthday at this rate, at least not as we know it.

Catholicism is much older and, notwithstanding its own leadership problems, remains rooted in its tradition of martyrdom. All Christians, including the clergy, are called to prepare themselves to lay down their lives, livelihoods, earthly goods, etc. and so on, for their religious faith. Sadly, until the Bergen Prosecutor’s Office comes to its senses, Father Carter is doomed to be a martyr of a different kind. He’s going to lose everything to a socio-political blue state culture that’s completely off its rocker and rotting liberty to its core.

2 thoughts on “Father Kevin Carter: a martyr of a different kind?”