Yudin, Traier accuse Dems of “run out the clock” legal tactics in LD38 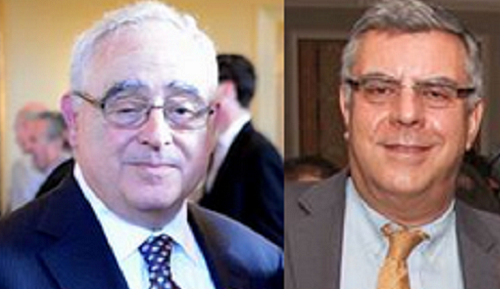 The Court battle unfolding in the wake of Anthony Cappola‘s LD38 implosion has hit a snag, Save Jerseyans, and LD38’s Republican county chairmen say Democrat politicking is to blame.

“If the political bosses in Passaic County truly cared about democracy and the will of the voters, they would make themselves available this Friday,” said John Traier, the Passaic County chair and himself a 2015 candidate in another district, in a joint statement issued with his Bergen counterpart. “When the Democrats faced this exact same issue in 2008, they worked tirelessly to push the court forward.  It’s obvious today they are dragging their feet only because it helps their cause.”

“This is the very worst kind of political gamesmanship and the Democrat bosses in Passaic County should be ashamed,” added Bob Yudin, the Bergenite. “This is a party whose leaders regularly claim to stand for voter choice, and today they are blocking that choice.  It’s simply hypocrisy.”

If successful on Wednesday (or earlier, but not likely), the GOP is expected to sub-in college professor and Hispanic Republican activist Fernando Alonso.

3 thoughts on “Yudin, Traier accuse Dems of “run out the clock” legal tactics in LD38”